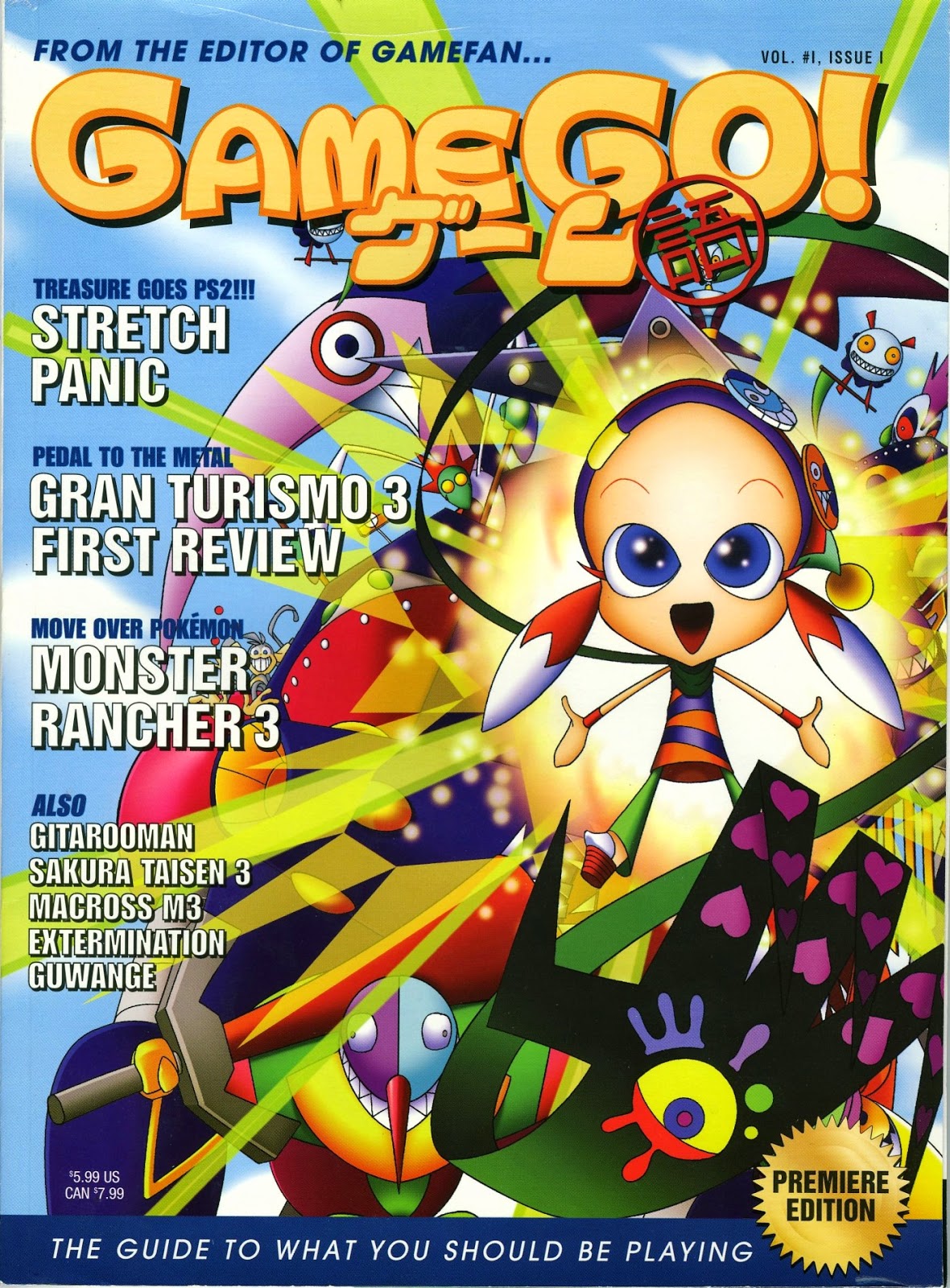 GameGo! was an extremely short lived magazine. Only one issue was actually published in June 2001 though a second issue was eventually released in PDF format. This magazine was published by some former GameFan editors and was meant to be a “hardcore” gaming magazine that covered imports and more obscure titles like the cover featured Stretch Panic by Treasure.

On a whim, I actually subscribed to this magazine and that was mistake. Subscribers had the misfortune of being ripped-off since no other issues were published and subscription fees were not returned (at least mine wasn’t).

At any rates, the contents of the first and only print issue include:

…and some more stuff…