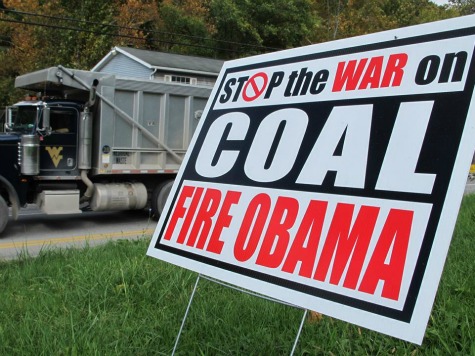 With President Barack Obama’s progressive base in an uproar over the National Security Agency (NSA) domestic surveillance programs, Obama seeks to quell angst among his environmental base on Tuesday by declaring war on coal.

Obama’s plan will crack down on emissions even further, give $8 billion in taxpayer money to fund loan guarantees for energy projects, and allocate $7 billion to finance foreign climate mitigation and adaptation projects, reports The Times.

“Americans are looking for jobs and economic security. Coal power plants generate more electricity and create and sustain more jobs than any other energy source,” said Quinn in a statement. “Our policies need to be aligned with our national interest so that coal continues to create jobs and keeps America competitive.”

Even as global increases in carbon dioxide output have jumped dramatically over the last 15 years, global temperatures have remained largely unchanged. Fox News politics editor Chis Stirewait says Obama’s war on coal is more about throwing a political bone to environmentalists and inoculating himself from further erosion among his base if he decides to go forward with the Keystone Pipeline than it is about slowing the rise of the oceans and healing the planet as he promised in 2008.