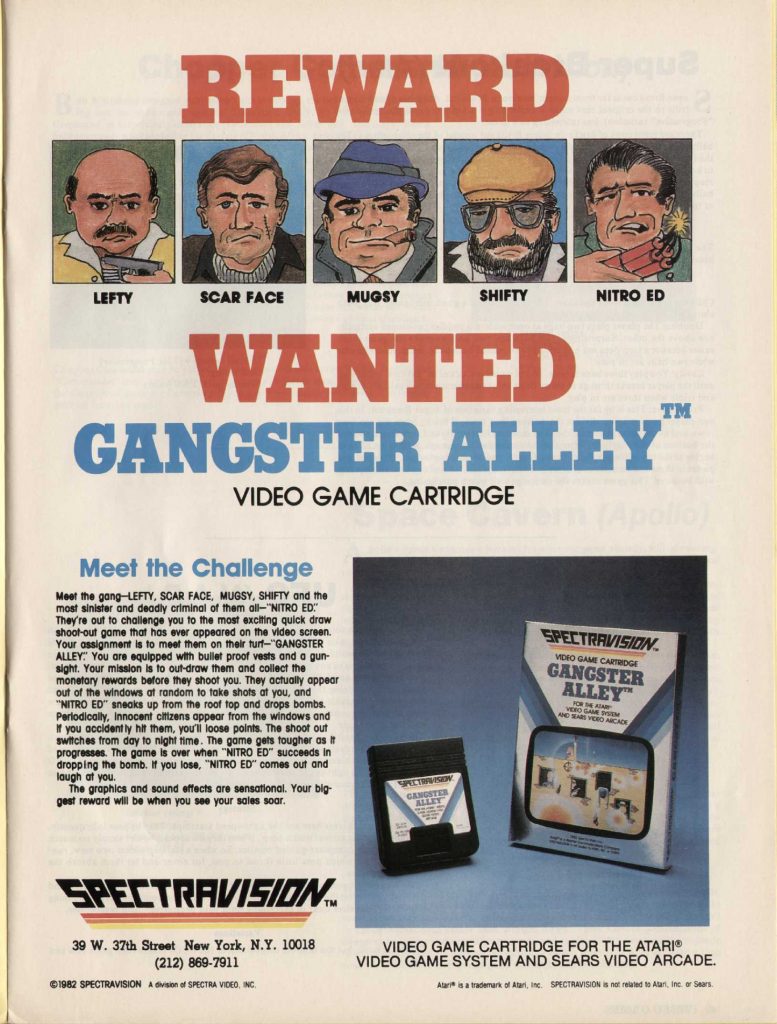 Gangster Alley was released in 1983 by Spectravision for the Atari 2600. As game play goes, like most Atari 2600 games, it is fairly simple. One of six gangsters will raise there head in the window of a building and you must shoot them before they shoot you. To mix things up a little, it won’t always be a gangster sticking their head out of the window but innocent people too. You have to be careful not to shoot them as well. Also, one of the gangsters (Nitro Ed) will occasionally lob a grenade from the top of the building. 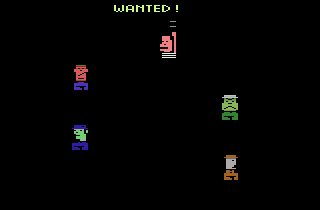 Scoring is based on how many gangsters you shoot and how many bullets you have left. If you get hit by one of them then you lose one of your bullet proof vests (which amounts to a life). A hit from a grenade and you are done for. The gangsters are worth various amounts from $20 to $100 and extra bullets are worth $10 each. However, hitting an innocent person is particularly costly at $1000. Shooting one of the gangsters only disarms them so you’ll have your chance to shoot them again and again.