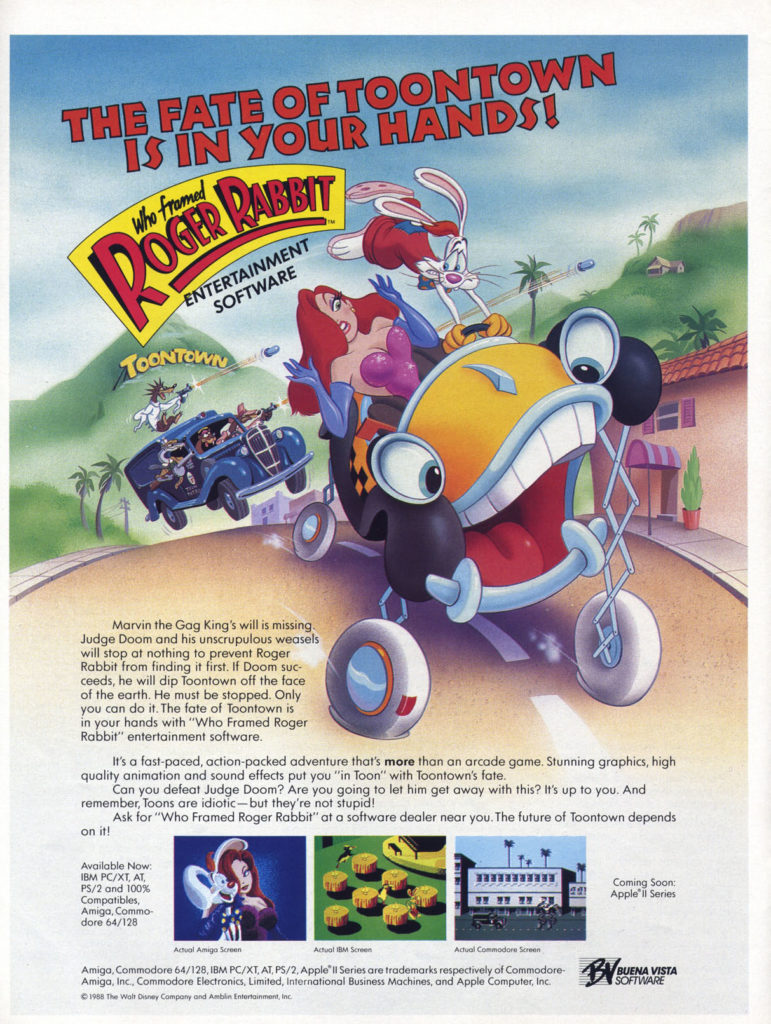 Who Framed Roger Rabbit? is a game based on the movie of the same name. Versions of this game were released for a wide variety of platforms. There were really three different games produced by three different companies. The first was released in 1988 for various home computers including the Commodore 64, Apple II, Amiga, a and DOS. The second was produced by Rare and released by LJN for the NES in 1989. The final version was released by Capcom for the Game Boy in 1991. The ad above is for the first version of the game.

Who Framed Roger Rabbit? is a pretty mediocre action/arcade game. Considering the fact that this is a game based on a movie license, it’s terrific. Most such games are truly abysmal and this one is at least okay. This game consists of four levels, each of which has a specific goal and is really a subgame unto itself. These roughly follow the plot of the movie. In terms of gameplay, there is not a huge difference between the various versions though the Amiga and Atari ST versions will have the best graphics.

If you want to play this variation of the game, you will have to track down an original or resort to emulation. It has never been nor is it likely to be re-released. In order, I would chose the Amiga, Atari ST or Commodore 64 version of the game. Originals aren’t too hard to find on eBay though it’s anyone’s guess how long original disks will continue to function. Alternatively, disk images for emulators are also easily found.

The ad above is from the October 1988 issue of Computer Gaming World. The screen shots above are from the Commodore 64 version of the game.