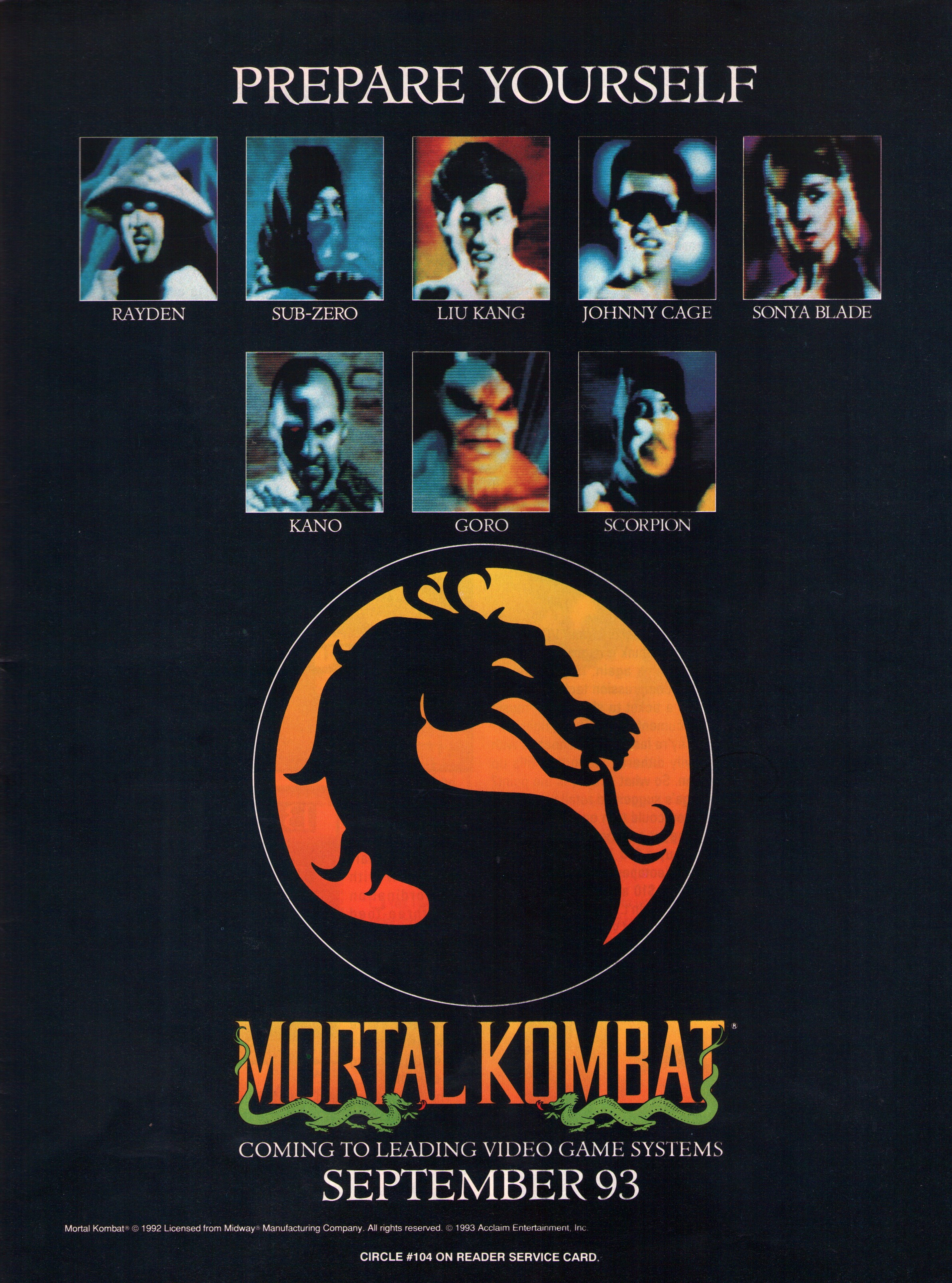 There isn’t really a whole lot that can be said about Mortal Kombat that hasn’t already been said a million times. It was originally released in the arcades in 1992 and the ports to home consoles were some of the most eagerly anticipated that there have ever been. The ad above is from the June 1993 issue of VideoGames & Computer Entertainment and teases the upcoming home releases.

Initially, ports for the Super Nintendo and Sega Genesis were released. While the Super Nintendo version was graphically better, the Genesis version was more true to the arcade in terms of gameplay and was not censored to the degree that the SNES version was. Blood was included and the original fatalaties were unlockable. A Sega CD version was released that included all the gore from the arcade version out of the box and was given an MA-17 rating. However, the Sega CD version wasn’t much of an improvement over the Genesis version and it had long load times as well. There were also ports for the Game Boy and Game Gear. As you can imagine, the Game Boy version was…not that great. Apparently even an NES ports was considered but it never got past the planning stages. There was also a port for the Atari Jaguar planned but this was also cancelled. In 1994 DOS and Amiga versions of the game were released. In this case the DOS version was the better version. The Amiga version really could have been much better.

While you can find close to arcade perfect ports these days or even emulate the arcade version, the 16-bit ports are fun as well and worth picking up if you collect for those systems. This was certainly one of THE games to have for your Super Nintendo or Genesis “back in the day”.