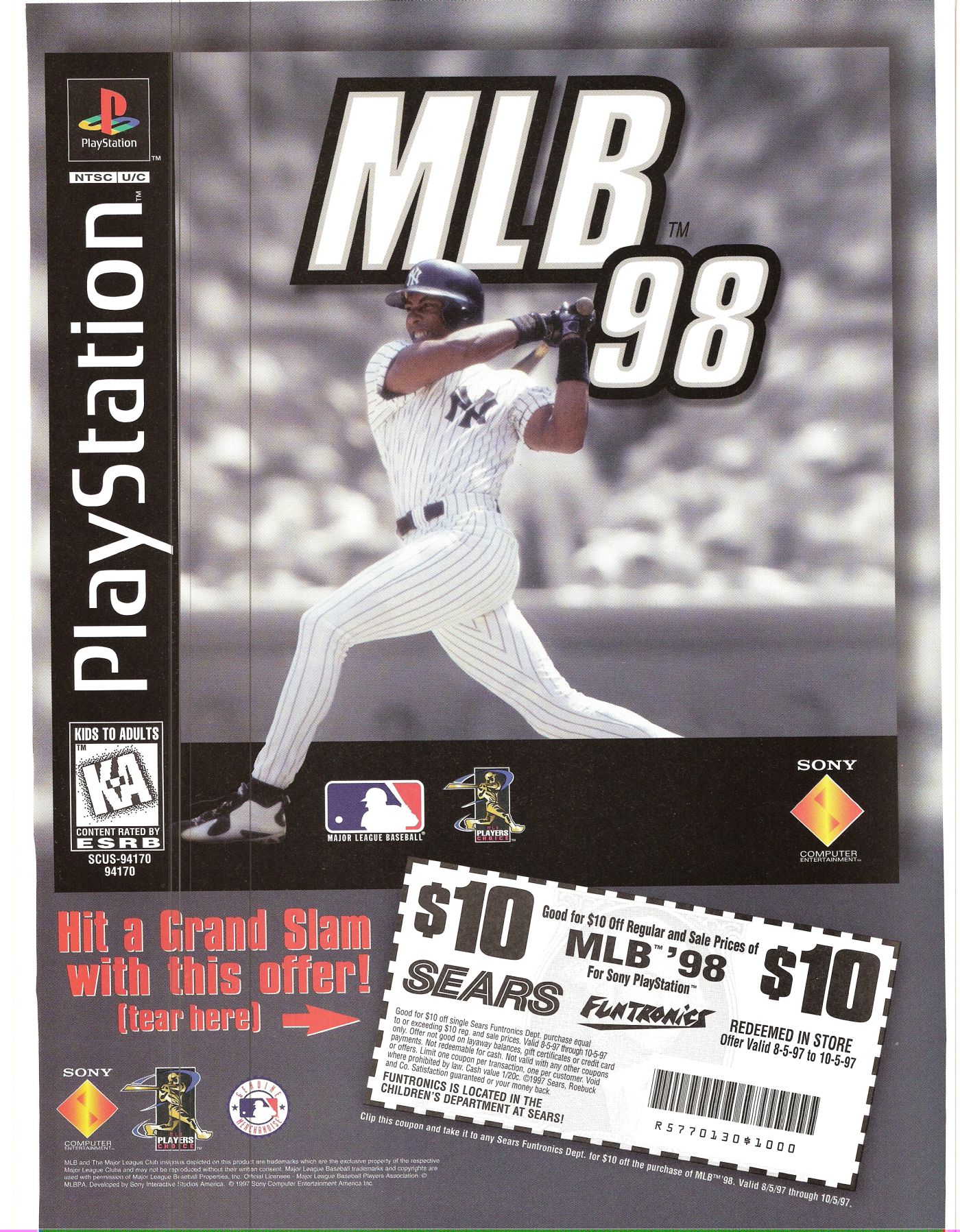 The PlayStation was the Sega Genesis of the 32-bit generation in terms of sports games. There were a vast number of sports games for the PlayStation but that’s probably mostly because that system dominated the era. The Saturn died an early death and the Nintendo 64 was later in coming and never had the same volume of games because of Nintendo’s licensing and the fact that it used expensive cartridges. MLB 98 was (almost) the start of a long series of baseball games. However, technically MLB Pennant Race was actually the first game in the series. 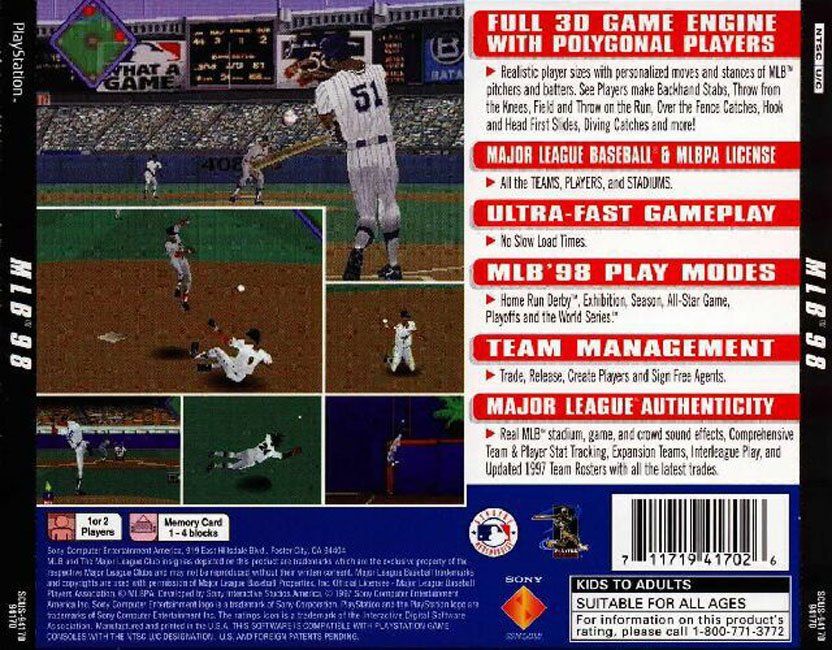 MLB 98 is an above average arcade style baseball simulation. However, sports games, particularly ones designed to be realistic, often don’t hold up well over time and this one is really no exception. MLB 98 was a solid baseball game for its time but it wasn’t especially innovative and it has been succeeded by a huge number of better baseball games starting with MLB 99. This particular series of games went on until 2005. World Series Baseball ’98 on the Sega Saturn was probably MLB 98’s most direct competition.

Unless you are a sports game collector or just have to have every game ever made for the PlayStation then there isn’t much reason to pick this one up. The good news is that if you do want it, it should be dirt cheap. Most sports games (with a few exceptions) lose their value almost instantly. Buying a sports game new is like driving a new car off the lot. It depreciates instantly.

The ad at the top is from the September 1997 issue of Next Generation. It includes a $10 off coupon if you get the game at Sears. I remember buying games for my Commodore 64 at Sears but by the PlayStation era I don’t think I even looked there…