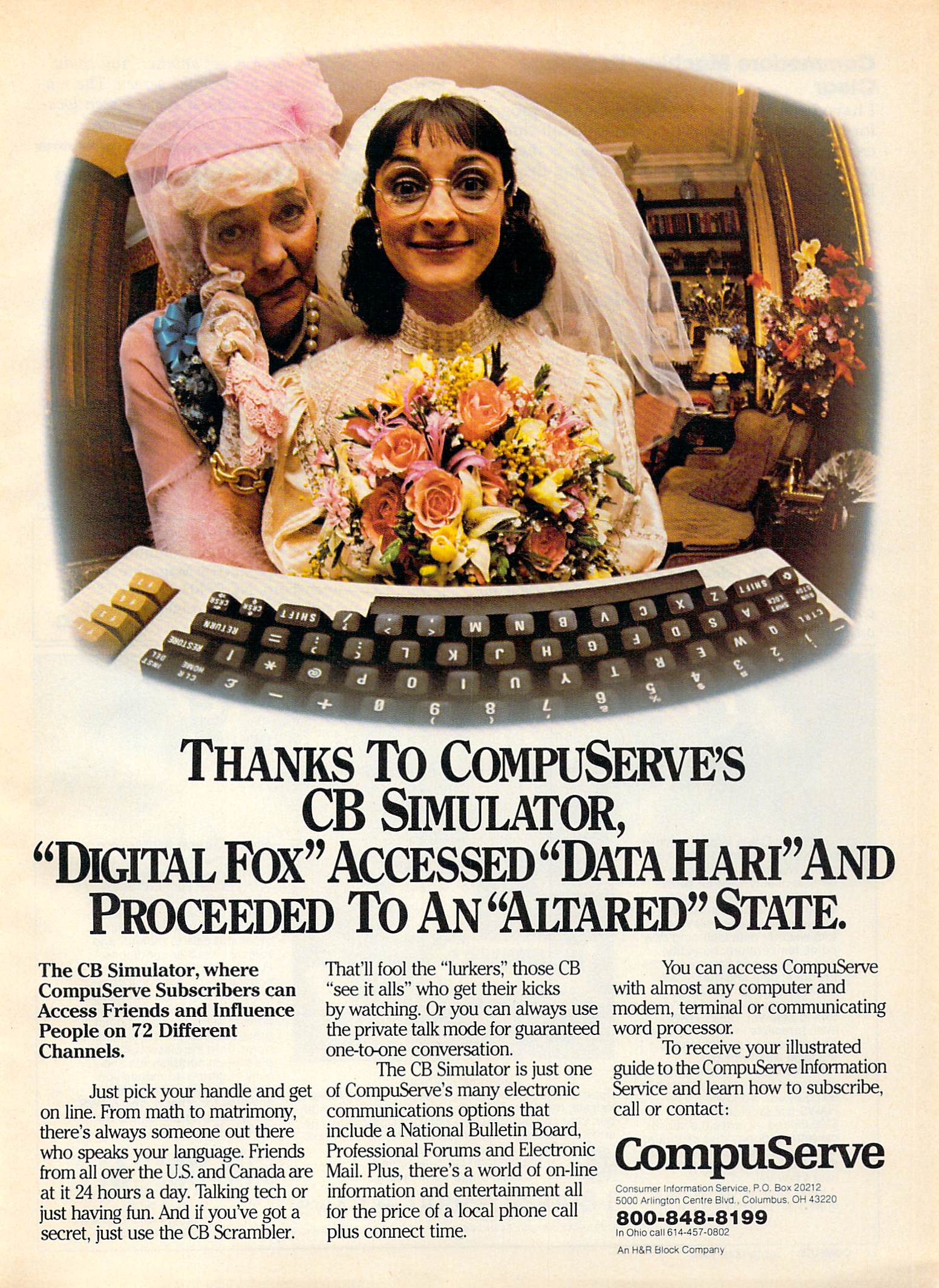 It seems like there has been online dating for as long as there has been an online world. This ad from 1984 is for CompuServe, one of the centralized online services that were available before the internet came along or was easily accessed directly anyway. The marriage motif seems to be suggesting that you could find your future spouse on CompuServe and I’m sure that happened many times through the years.

This particular ad is emphasizing one of CompuServe’s services called “CB Simulator”. Essentially this was a chat area with many channels and operated more or less like IRC or group text messaging. I guess they needed something from the physical world that people could relate to for the name since there were no cell phones or text messaging to speak of and chatting online was still a novelty. CompuServe wasn’t cheap though. I’m not sure exactly what the cost was in 1984 but as I recall later in the 1980s it was something a little less than $20 per month but then you paid by the minute for your online time as well. There were non-prime hours at night where certain services could be accessed without the extra per-minute cost though.

This ad is from the September 1984 issue of Compute!. In 1984, CompuServe was accessible by pretty much any computer of the day that you could attach a modem to since it was purely text based. All you needed was a computer, a modem, a phone line and some terminal software. I can’t quite tell if that’s a VIC-20 or a Commodore 64 in the ad.