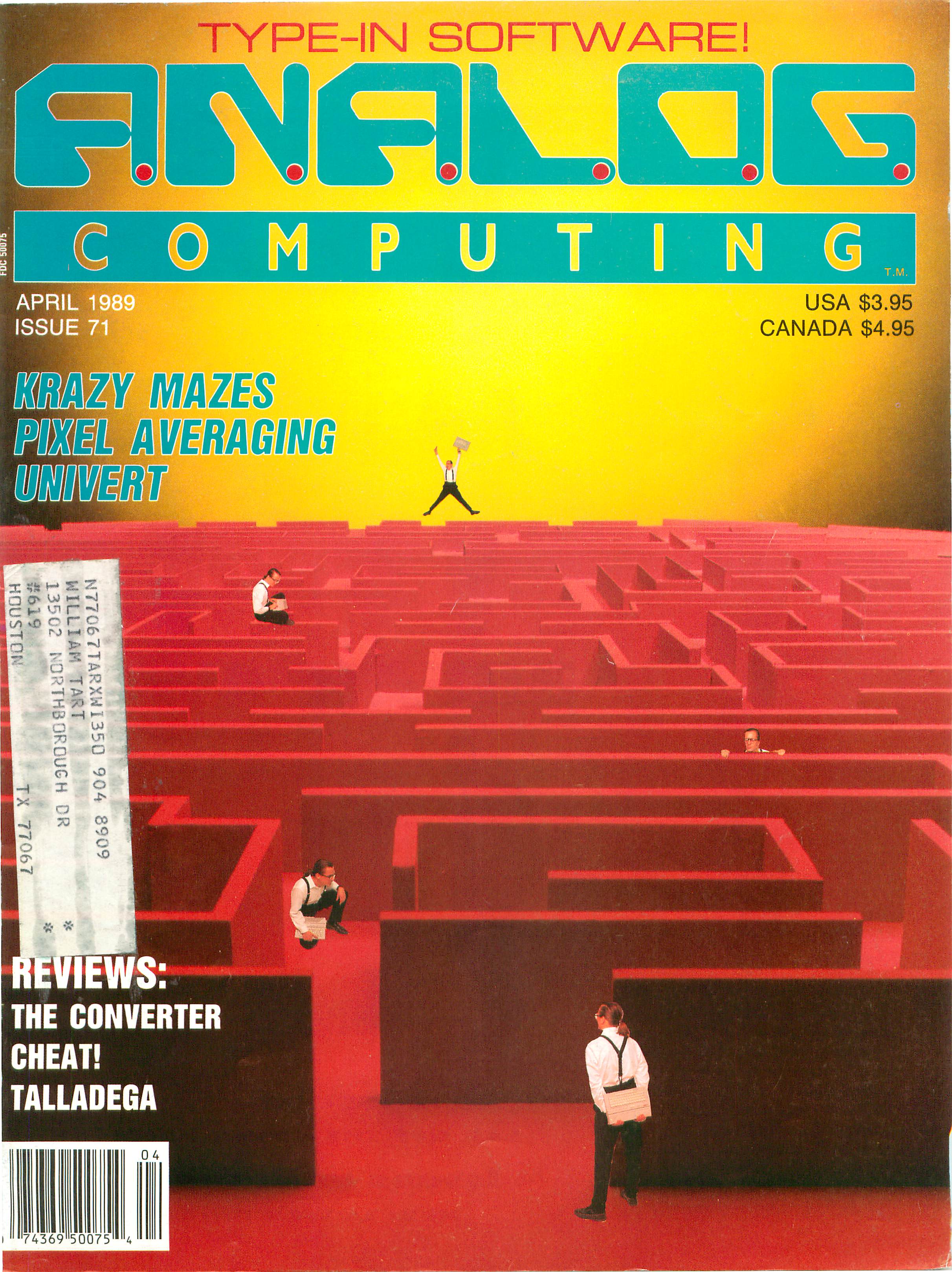 Analog computing was one of the two major Atari 8-bit magazines in North America. It was a great magazine for owners of those systems and it had a long life. The April 1989 issue includes: