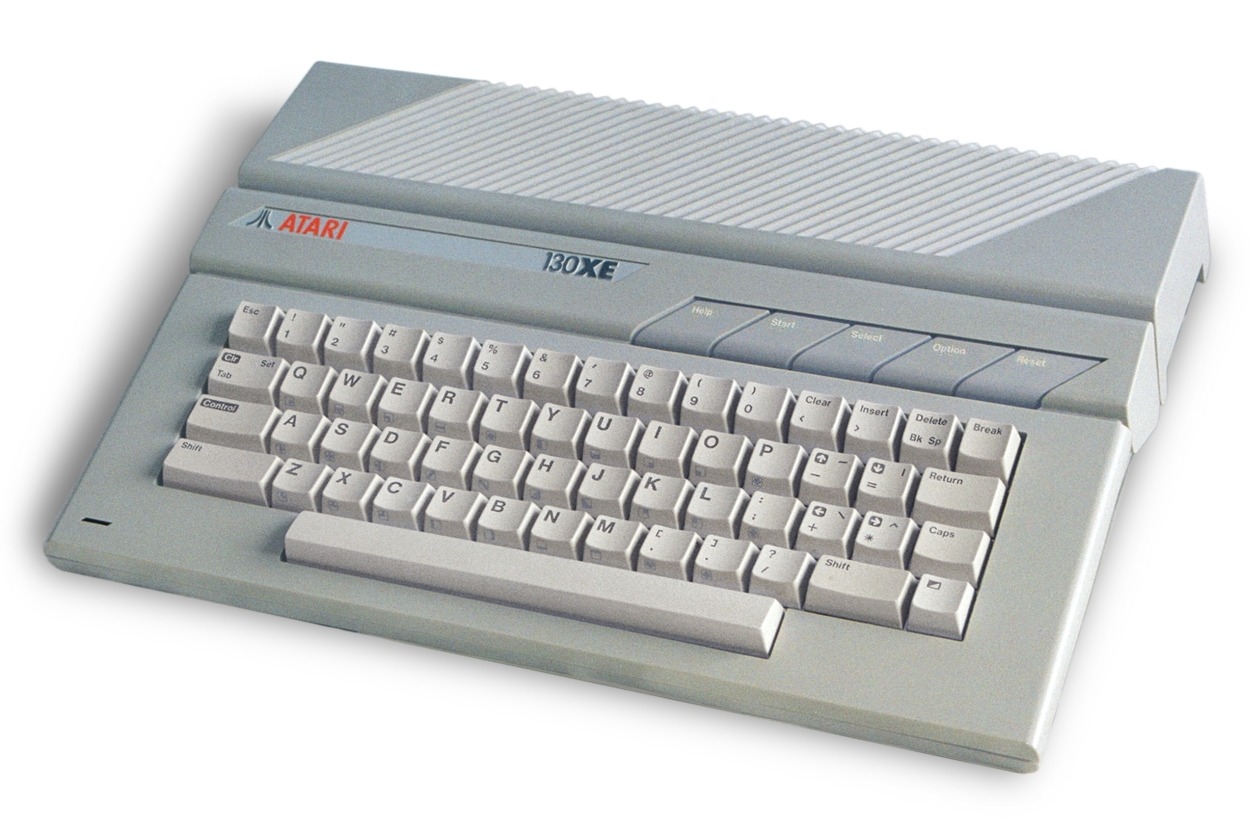 The Atari 65XE was similar in function to the Atari 800XL with the execption of using the ECI (Enhanced Cartridge Interface) instead of the XL family’s PBI (Parallel Bus Interface).

Pictured is the Atari 130XE. It was similar to the Atari 65XE, except it had 128 kilobytes of RAM – twice the amount of RAM of the 65XE – and a new memory management chip called FREDDIE.

Atari Corporation would also release to European consumers a third model called the Atari 800XE. (It was named as such due to the popularity of the Atari 800XL in Europe.) It was simply a repackaged 65XE which also incorporated a FREDDIE chip.

The Atari 65XE and the Atari 130XE would be sold until 1992 when Atari Corporation discontinued the Atari 8-bit computer line.

The Atari 130XE was introduced in 1985 and was the last computer introduced in the Atari 8-bit line. Technically, it wasn’t all that different from the original Atari 800. Mostly, the XE line was introduced as a cosmetic change that made the 8-bits look more like the Atari ST. However, there were a couple of technical differences over the previous XL line. The biggest differences were probably that it had a new memory management chip and 128K of RAM instead of 64K. It also used a different expansion interface. There was also a nearly identical Atari 65XE released at the same time with 64k of memory instead of 128k. There was one more entry in this series in 1987 with the XEGS. However, this was simply a 65XE in different clothes marketed to be a game system.

While the 130XE is the most advanced of the Atari 8-bits, the 800XL is probably my favorite form factor. Since very little ever used the extra memory in the 130XE, it doesn’t really have much of an advantage. Plus, it has a terrible keyboard with a very mushy feel. If you are looking for the newest and technically the best Atari 8-bit then look for a 130XE. However, the 800XL has a better keyboard, look better in my opinion and will run all the same software.