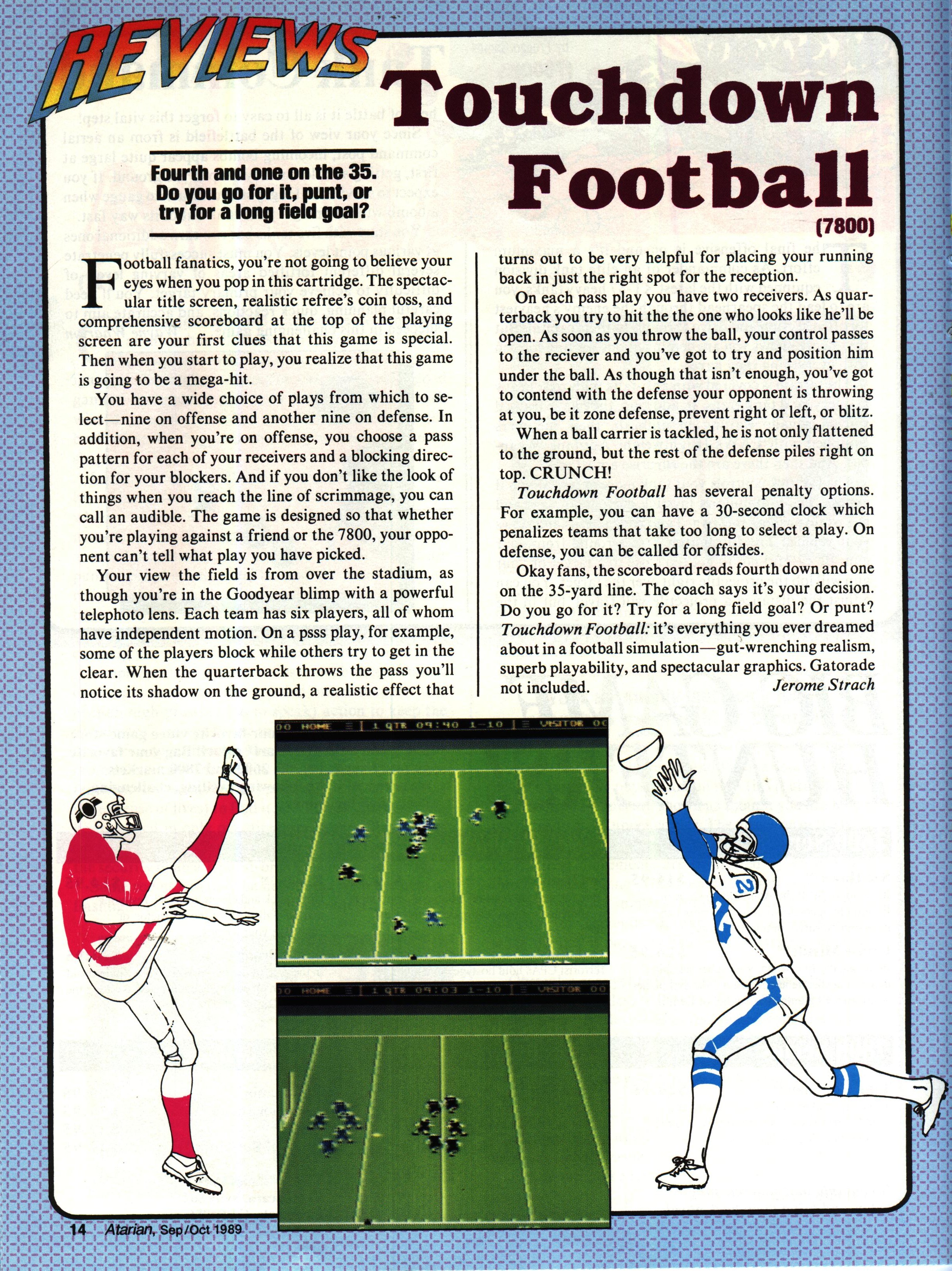 Touchdown Football was an early football game for the Atari 7800. It’s actually a port of an 8-bit computer game of the same name by Electronic Arts. This was well before Madden Football became a thing. The original computer versions were released in 1984 and it was a decent football game for its time. The Atari 7800 version did not do much to improve upon the original and it was starting to look dated when it was released four years later in 1988. It’s not that the graphics were terrible but animation and speed were somewhat lacking and control wasn’t great either. By this time there were much better football games available. 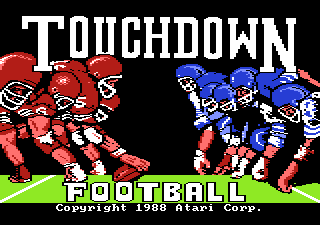 The reviewer above was definitely looking at this game through rose colored glasses…or just trying to sell it. By the time this game came out on the 7800, there were much better options on other platforms. Sadly, this was the story of the Atari 7800, largely because of the very low budget given to game development. The bad news is that this game hasn’t been re-released so there’s no way to play it other than to find an original 7800 cartridge or one of the earlier versions e.g. for the Atari 8-bit or Commodore 64. The good news is that original versions should be pretty cheap.

The above review is from the September/October 1989 issue of Atarian magazine.