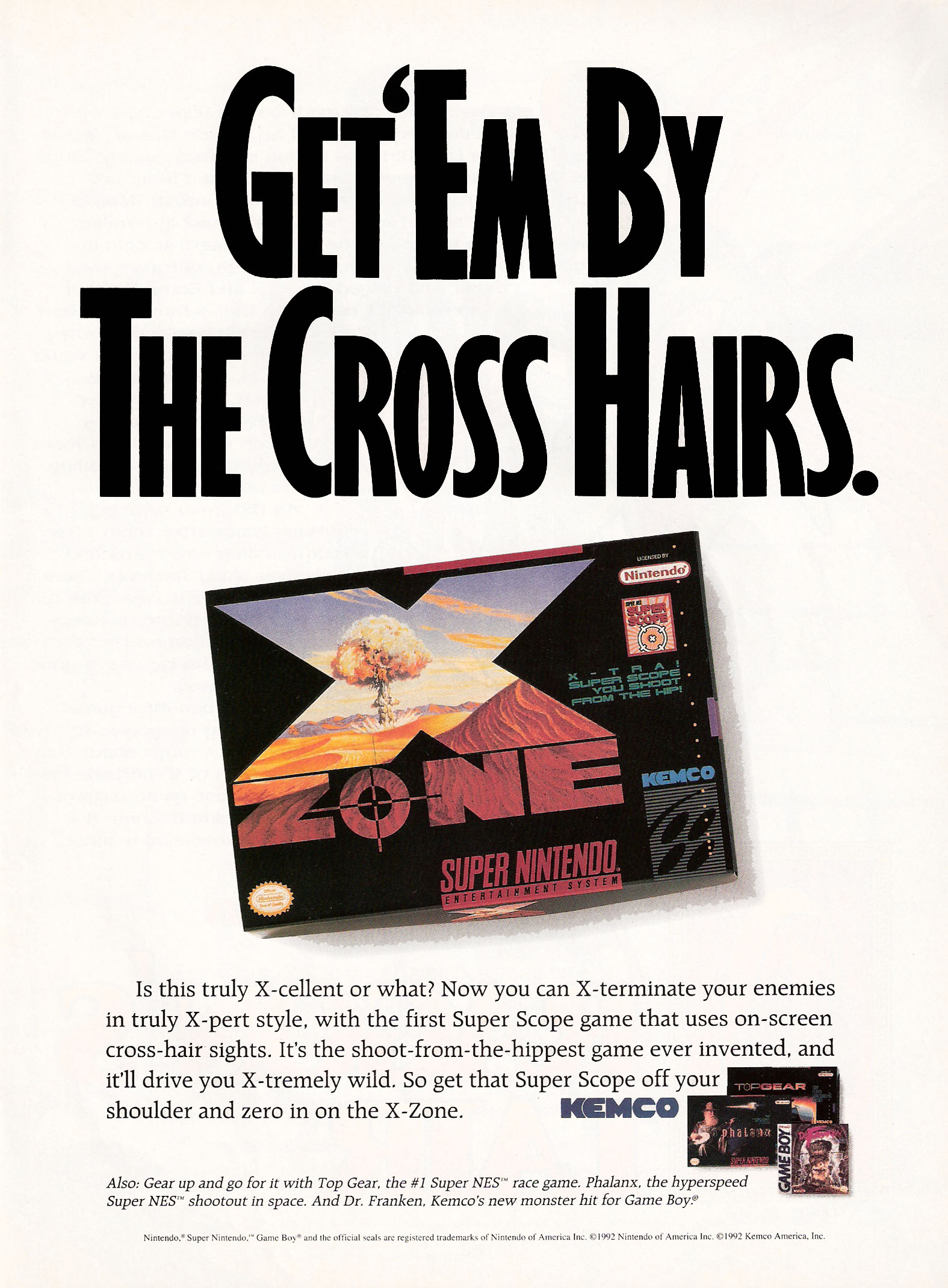 X-Zone is one of a relative handful of games released for the Super Nintendo’s SuperScope, the SNES version of a light gun. It was released in 1992 and is a first person shooter on rails. In terms of plot, it is reminiscent of Terminator. You must fight your way through robotic enemies controlled by a “malfunctioning” computer (I’m sure it just gains self awareness). This computer has gained control of nuclear weapons and you must enter the “X-Termination” zone to defeat the defenses of Skynet… I mean the central computer. As far as light-gun games go, this one is pretty decent. It’s certainly challenging. Wikipedia claims that no one has been able to provide video evidence of beating this game on hard mode on original hardware. That’s pretty hard. It’s not quite so punishing on the easier modes but should offere a decent challenge even there so if you are looking for a challenging SuperScope game for your Super Nintendo, look no further. As far as I know, there haven’t been any rereleases of this game so you will have to hunt down an original. It can be emulated but emulating a true light gun experience can be more of a challenge. The good news is that an original copy shouldn’t cost you much.

The above ad is from the February 1993 issue of Game Players magazine.