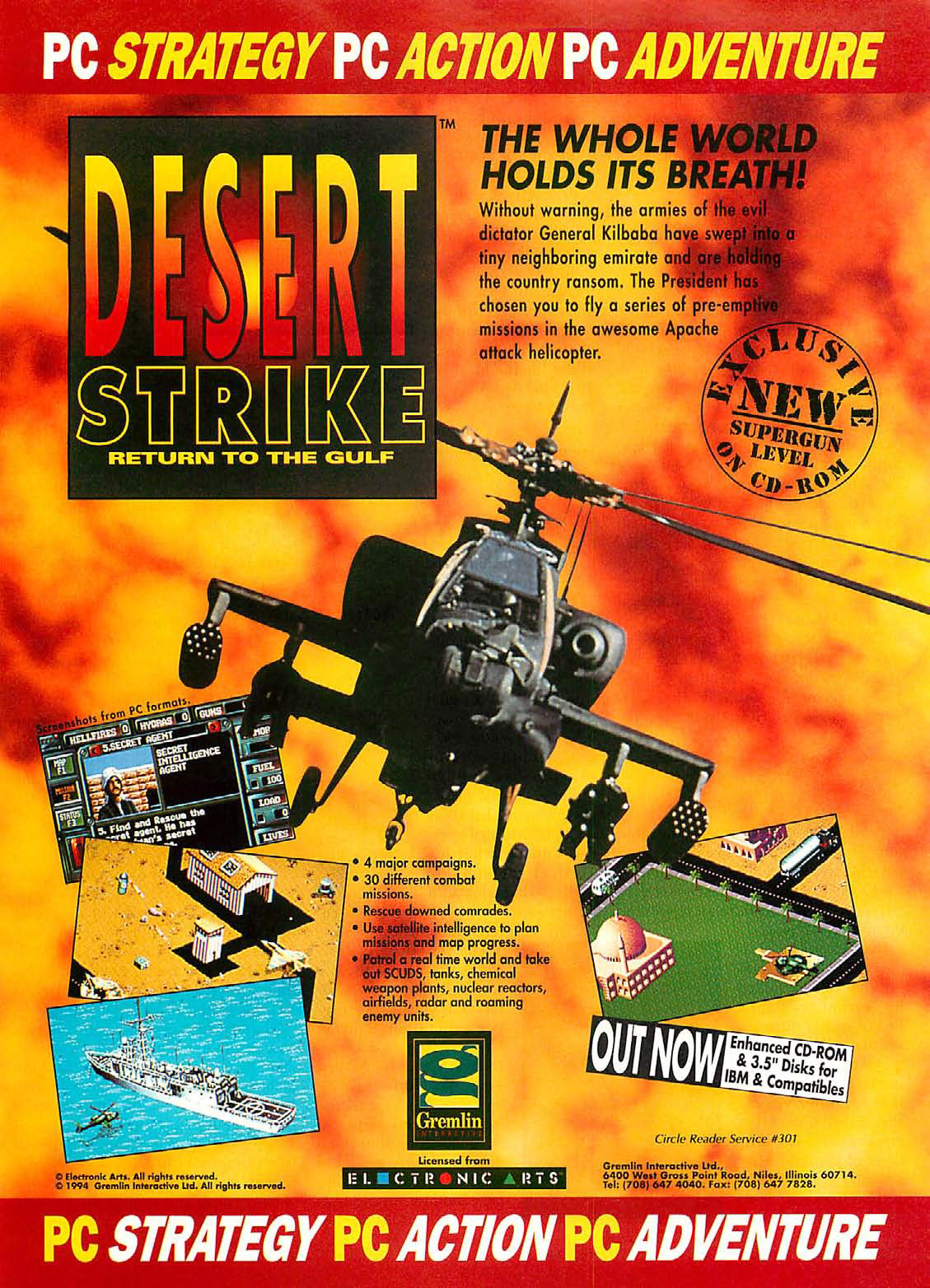 Desert Strike is a shooter released by Electronic Arts in 1992 for the Sega Genesis. It was ultimately ported to a number of other systems including the Super Nintendo, Atari Lynx, an enhanced version for the Amiga, MS-DOS and Game Boy among others. The above ad is for the 1994 DOS version of the game which could be had on 3.5″ disks or CD-ROM.

Desert Strike is a nice change of pace from more common bullet hell shooters. It is a bit slower paced, more strategic in nature, and is played from an overhead isometric perspective. It comes across as a sort of cross between Choplifter, Blue Max and Raid on Bungeling Bay.

While the development of Desert Strike started well before the Gulf War (Desert Shield and Desert Storm), the plot was adapted as development went along after those events occurred. You must execute a series of missions in your Apache helicopter with the ultimate goal of stopping the evil dictator from escaping with a bomber full of nukes. The game was great on just about every system it was released on and was especially good on the Genesis, Super Nintendo, Amiga and DOS. A couple of later ports were excellent as well. As far as shooters go, this one is very well done and a little different than the vast majority of shooters out there. I’m not aware of any re-releases of this game though there were a couple of later ports including a 2002 Game Boy Advance release and a 2006 PlayStation Portable release. There were also a number of sequels including Jungle Strike, Urban Strike, Soviet Strike and Nuclear Strike. Future Strike was also planned but it evolved into Future Cop: LAPD. Desert Strike is an excellent game and worth tracking down. I recommend one of the 16-bit console versions or one of the computer versions whether you are using original hardware or emulation. Screen shots above are from the DOS version of the game.