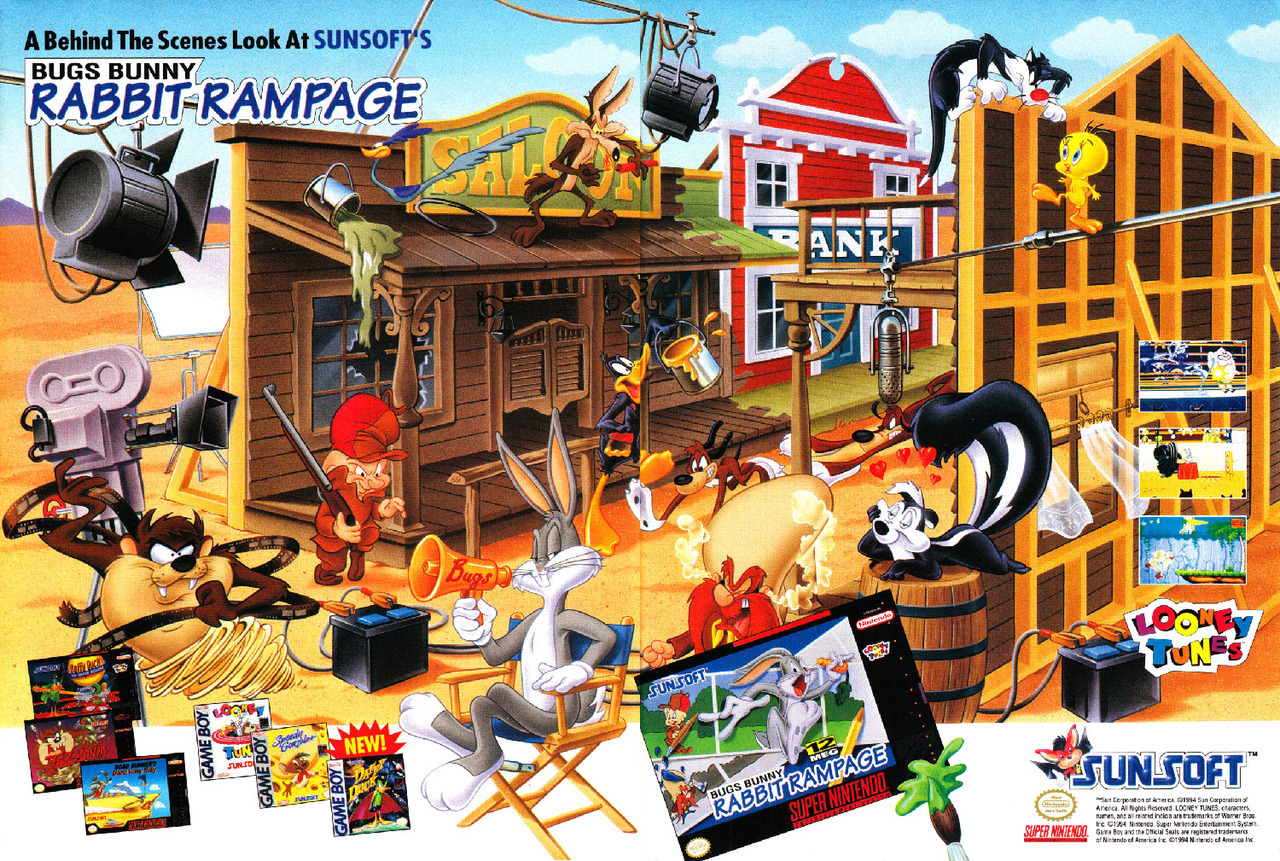 Bugs Bunny Rabbit Rampage was one of several Loony Tune themed games released by Sunsoft, some of which can be seen in the ad above. Rabbit Rampage is a fairly typical side-scrolling platform action game released for the Super Nintendo in 1994. However, unlike most games licensed from TV or movies, this one is actually pretty good. Don’t let the cartoony aspects fool you.

Rabbit Rampage is actually based on a specific Bugs Bunny episode released in 1955 with the same title. In that episode, Bugs Bunny is being painted into various messes by the animator who is taunting him. At the end, the animator is revealed (at least to the audience) to be Elmer Fudd. The game has a similar theme and also draws on other episodes for inspiration. The levels have quite a bit of variety and the sound and graphics are excellent. There’s also tons of variety in terms of weapons you can find and use (all from ACME of course).

Unfortunately, this game has not been re-released on more modern systems as far as I know. I’m sure there are probably licensing issues to consider. You will have to track down an original cartridge or fire up your favorite SNES emulator. However, this game is well worth playing if you are fond of 2D platformers, action games, or just like Bugs Bunny. If you have never seen a Bugs Bunny cartoon, shame on you. Scour the net and find a few to watch then come back and play the game.