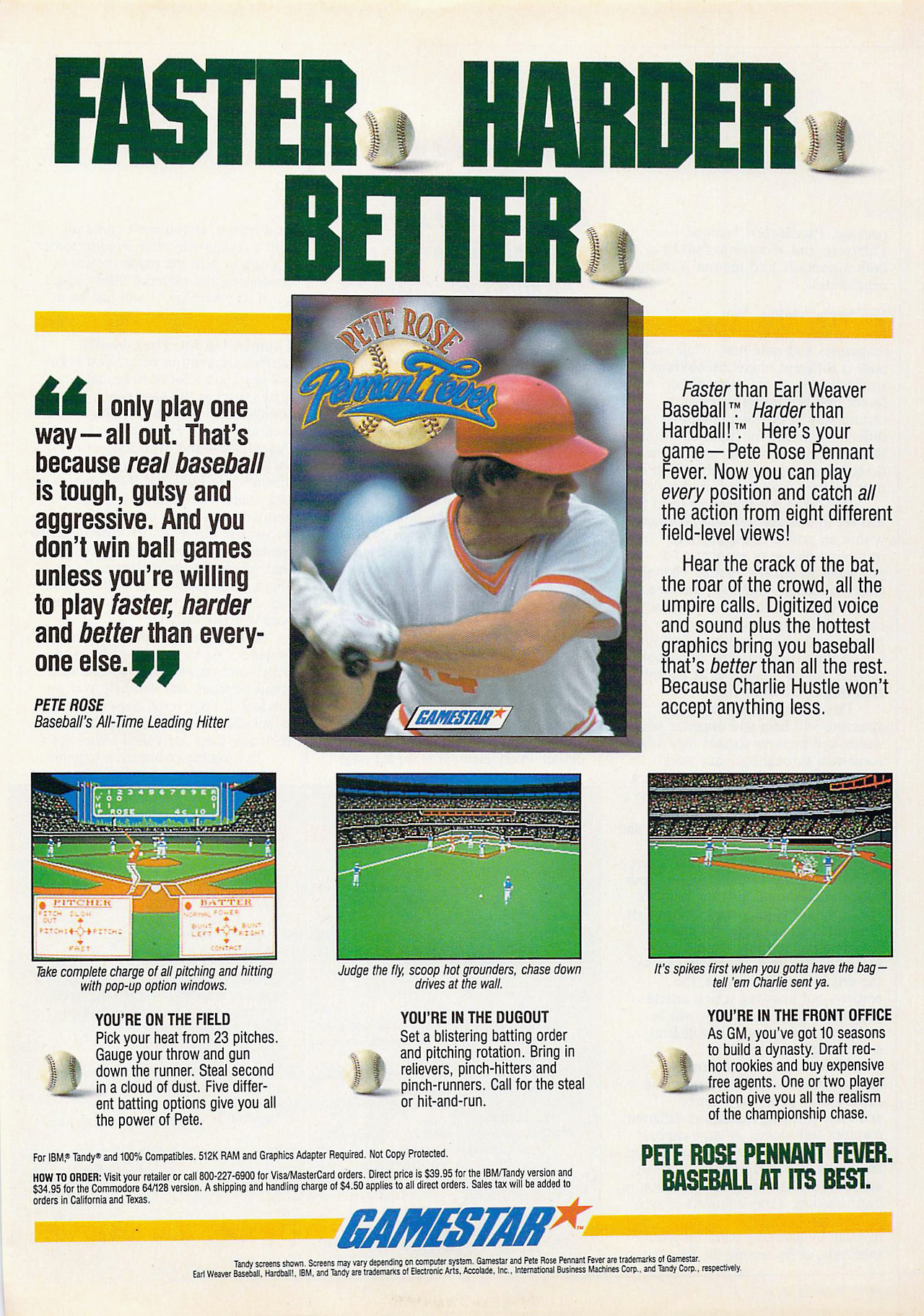 Pete Rose Pennant Fever was released in 1988 for DOS based computers. This game had the unfortunate luck of being released the year before Pete Rose was banned from baseball for gambling on the sport. It would be interesting to know how long this game was marketed and whether the scandal hurt or helped sales… Pete Rose Pennant Fever was an innovative game in many ways. It was the first PC baseball game to offer a career mode. It could be played by one or two players. It allowed you to build your own expansion team and place them in either division. You could play through ten seasons, dealing with injuries, player retirement and other issues. You could also use money earned from previous seasons to pay for free agents and you could also draft rookies. A variety of camera angles are used and the player can play any position. The gameplay itself wasn’t anything special but the career mode added a strategic element that most baseball games of the time did not have. Pennant Fever set the stage for many other baseball games to come. There were no sequel’s, probably because of Pete Rose’s gambling scandal, but it would be interesting to see where they would have taken it. Instead, the genre was taken over by the likes of Electronic Art’s Earl Weaver Baseball. Pete Rose Pennant Fever was also released on the Atari 2600 in 1988 and the Atari 7800 in 1989. The Atari 2600 version is quite well done given that system’s limitations. However, the Atari 7800 version seems to only be a slightly enhanced version of the 2600 game. Too bad as that system was capable of a lot more. The DOS version is really the one you want to play if you want to try this game out. Assuming you don’t have an old DOS machine around you’ll have to get it running in something like DOSBox or I believe there are patched versions that will run in modern versions of Windows out there but I haven’t tried them.