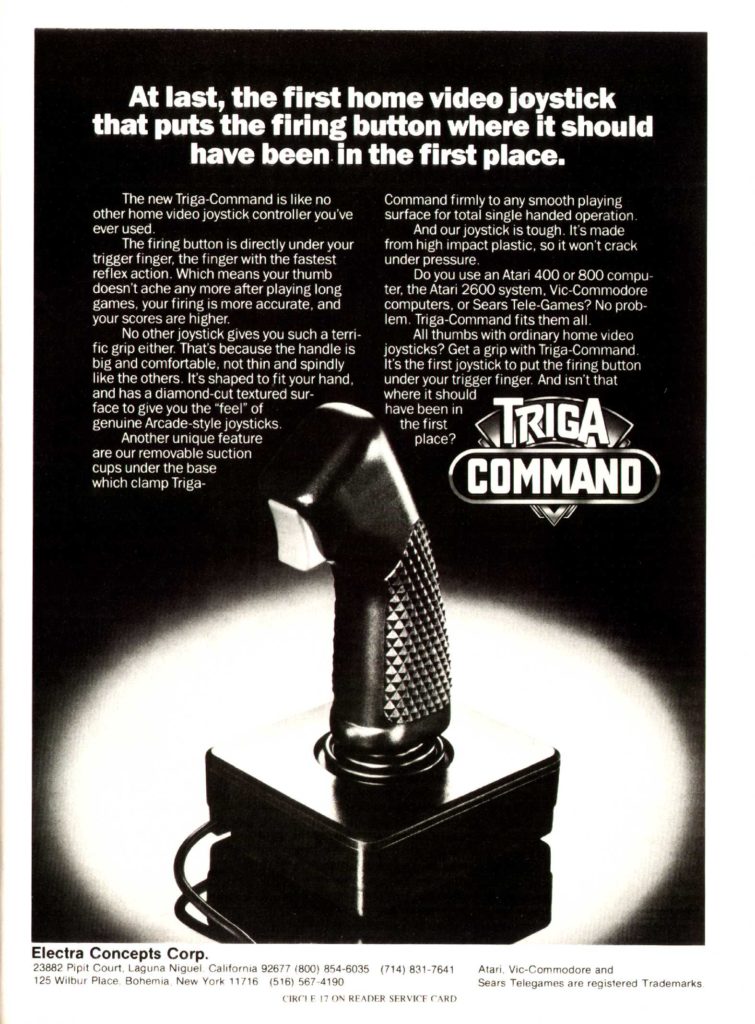 This ad is from the Fall 1983 issue of Video & Arcade Games. It is for a joystick called “Triga Command” by Electra Concepts Corp. Before running across this ad I had never heard of this particular joystick or the company. It appears that their claim to fame (or at least what is being touted in the ad) is making the single button a trigger button on the stick instead of a button pressed by your thumb on the base as most joysticks were designed during this time period.

The ad advertises compatibility with the Atari 400 & 800 computers, Commodore VIC-20, Atari 2600, and Sears Tele-Games (same as the 2600). Of course, having the 9-pin Atari style connector means that it would also work with the Commodore 64 and any other computer or video game system that used the Atari style joystick.

Given I’ve never heard of the company, the novel feature of a trigger button and a clever (or annoying) name were not enough to launch a successful business.