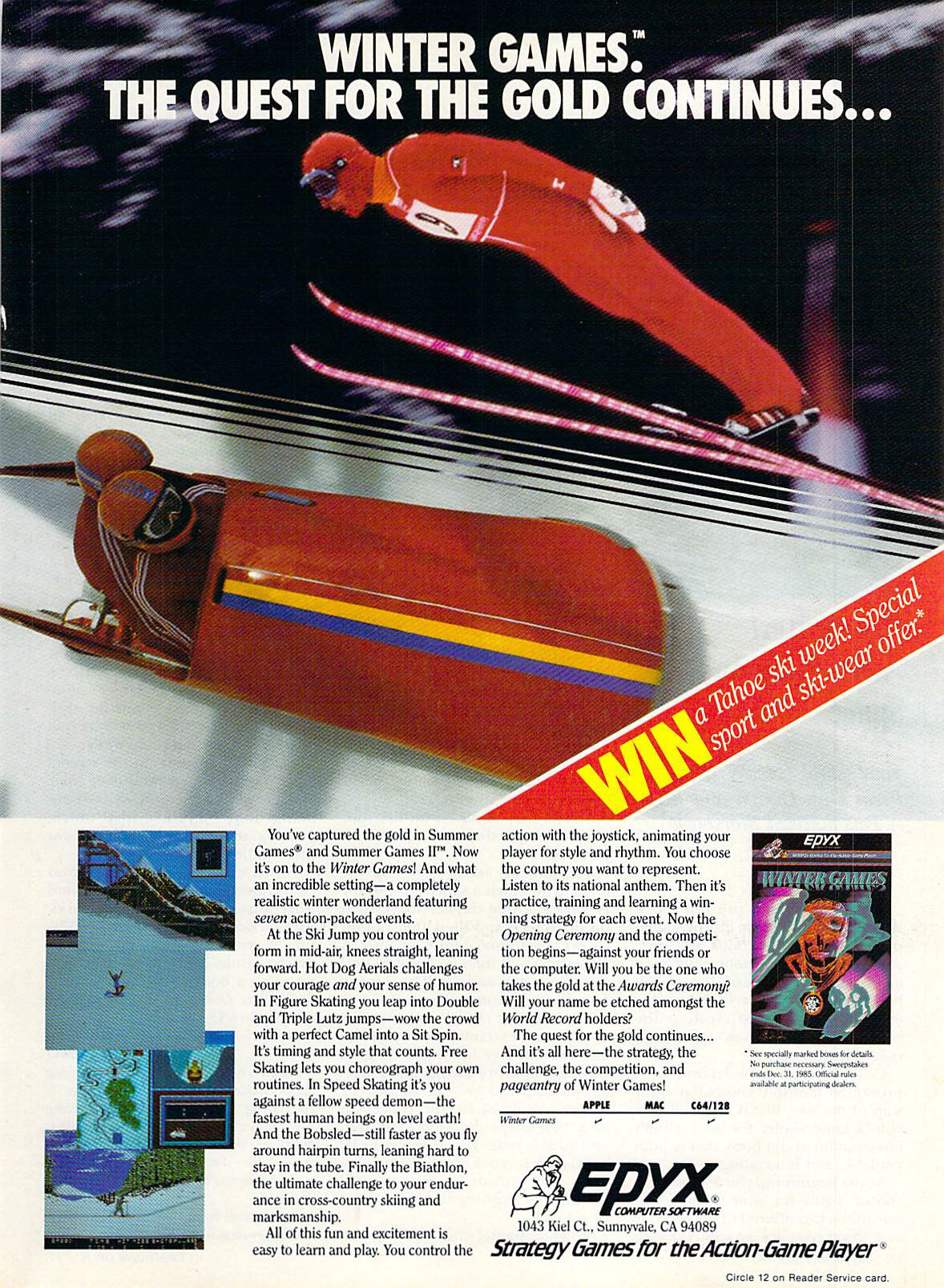 As I mentioned in my previous post on the subject, the Epyx Games series were my favorite sports games of the 8-bit era. Of those, Winter Games was probably my favorite.

Like Summer Games, Winter Games was developed first for the Commodore 64 and then ported to a wide variety of computer and video game platforms. This ad explicitly mentions the Commodore 64, Apple II and Macintosh so I suspect those were the first three available. Again, the events available varied slightly depending on which version you were playing but the original Commodore 64 version includes Hot Dog (freestyle ski jump where you do tricks), Biathlon, Figure Skating, Ski Jump, Speed Skating, Free Skating and Bob Sled.

Though the events are different, the setup is just like Summer Games. One to eight players, practice, compete in some or compete in all events, etc. My favorite events were Hot Dog, Bob Sled, Biathlon, Ski Jump and Speed Skating. That’s most of them but then that’s why this is my favorite of the series. I like most of the events.

Interestingly, the original Commodore 64 version of the game was released on Nintendo’s Virtual Console in 2009. Unfortunately, I believe it was a European only release. However, like Summer Games it was also available on the C64 DTV. If you can’t find on of those and don’t live in Europe and you want to give it a try, you’ll have to track down an original copy or an emulator and disk image. Make sure you are using a decent Atari style digital joystick for best results though!