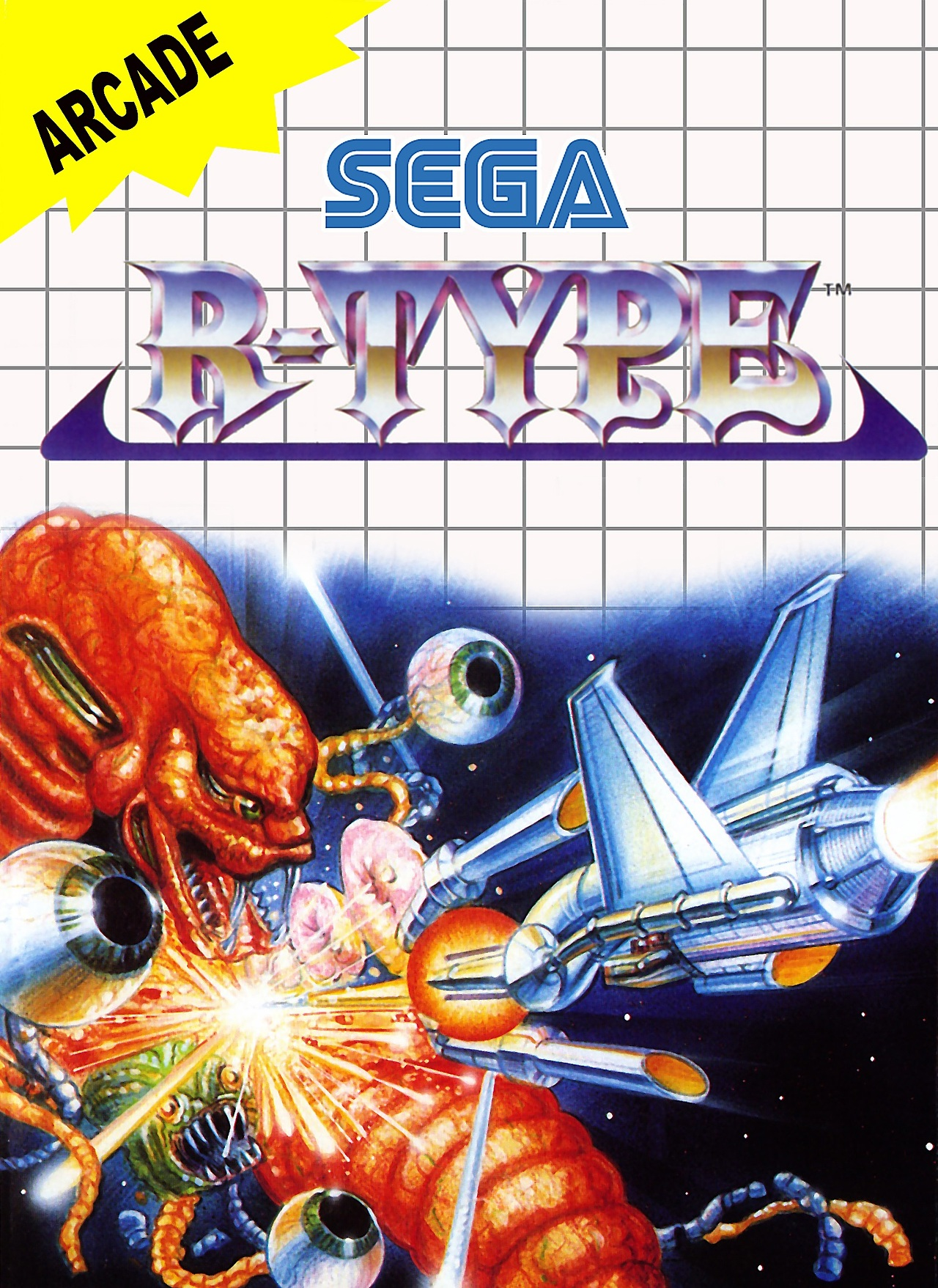 R-Type is arguably one of the best, most famous and influential and most difficult horizontal side-scrolling shooters of all time. As such, it received a number of home ports over the years and this includes a port to the Sega Master System.

The original arcade game was released by Irem in 1987. R-Type for the TurboGrafx-16 was one of the earliest games for that system released in the U.S. in 1989. The Sega Master System version came out slightly earlier in 1988. Oddly, while there was a Super Nintendo version there was no Genesis version.

My first experience with R-Type was actually with Super R-Type on the Super Nintendo. It was basically R-Type with a mixture of old a new levels. Despite the slow down on that platform, I always loved the game, especially the Geiger-esque graphics. I think I only ever beat it on the easiest difficulty level.

When the Sega Master system version came out, it was considered one of the best games on that platform. It too has slow-down problems and in addition, graphics detail is somewhat reduced, especially in terms of the number of colors displayed. Despite this, it is still a very good if difficult game.

In addition to the ports mentioned above there were also several home computer ports as well as numerous clones and other shooters heavily influenced by R-Type. More recently in 2009, R-Type and R-Type II became available on Xbox Live Arcade in the form of R-Type Dimensions which was also released for the PS3 in 2014. In 2010 and 2011 ports were also released for iOS and Android. If you want the Sega Master System port, you will have to track down the original cartridge or fire up an emulator. This version was delisted from Nintendo’s Virtual Console in 2011 due to licensing issues.

Screens above are all for the Sega Master System version.