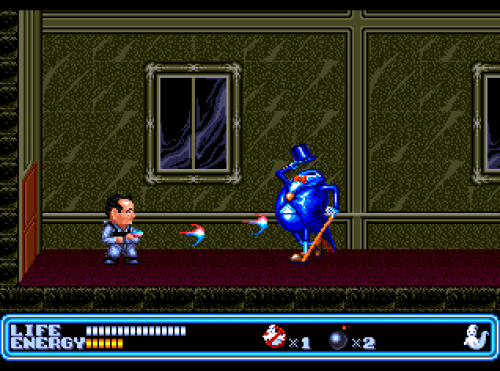 The original Ghostbusters movie is one of THE classic action comedies of the 1980s. So if you haven’t seen it go do that now. The Ghostbusters game I remember best is the one based on the original movie and created by Activision in 1984 for the Commodore 64 and various home consoles of the time. While the Sega Genesis version still bears an Activision copyright, it is newer (1990) had completely different developers and is a completely different game. It also isn’t based directly on the original movie but is more of a sequel of sorts. That doesn’t mean it’s a bad game though.

The Sega Genesis iteration of Ghostbusters is a pretty standard side-scrolling platform/run and gun type game. In terms of gameplay it is not quite as original as, well, the original, but it is fairly well done and the graphics are certainly improved. I would say it’s slightly above average for the genre but I find the Ghostbusters theme appealing. Oddly, you can choose from only three of the four original Ghostbusters as playable characters (Winston is missing for some reason). 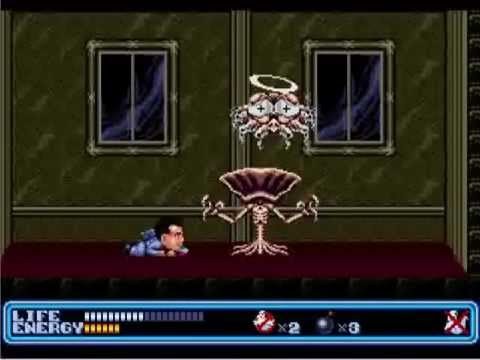 While the original Ghostbusters game has a variety of ports for the Atari 2600, Sega Master System and others, this particular iteration of Ghostbusters is unique to the Genesis. There are no remakes, ports or direct sequels so if you want to play this version you’ll need a Genesis and cart or you’ll have to resort to emulation. « The X-Files Keynes Is the Freddie Krueger of Economics »

One Response to Ghostbusters (Sega Genesis)