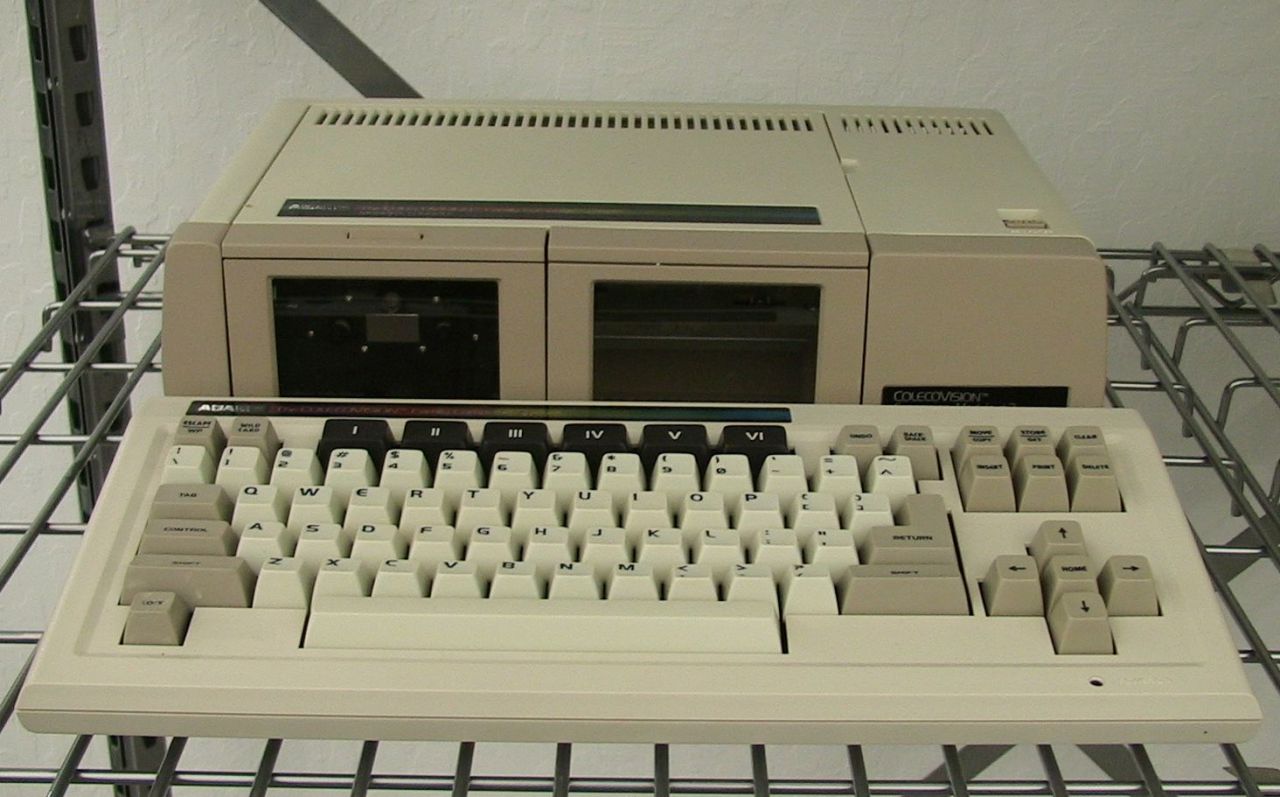 The Coleco Adam, released in October of 1983, is what we would call a big, steaming mess. With a 3.58MHz Z80A CPU, 80KB of RAM, and twin cassette drives, this home computer package also came with a complete dot-matrix printer, allowing the user to simply buy the set and have a complete system out of the box, in comparison to having to purchase a more expensive printer separately for a Commodore 64. It was more featureful than the IBM PCjr at a lower cost.

But you get what you pay for, and the Adam was not very quality gear. Let me list the ways in which this system failed:

Coleco thought that they could pull a Tandy and go from being a leather company to a computer behemoth, but they were wrong. This console was completely marred by technical and engineering incompetence, along with a very greedy legal team. It was canned in January of 1985 and Coleco never bothered with the home computer market ever since. Though, for some reason, there are actually fans of this computer, and they created new hardware to upgrade it to make it more modern.

On the heels of the video game crash of 1982/83 there was the home computer boom and price war initiated by Commodore. While Commodore’s price war was aimed mostly at Texas Instruments there were other casualties as well. The Coleco Adam was somewhat a victim of this but it was more a victim of poor quality control and poor design decisions in its rush to market. The Coleco Adam was announced in the Summer of 1983. The way it was to be sold was somewhat unique in that it was only available as a package that included a printer, and it was literally in one package…a single huge box. A custom cassette drive was also built in to serve as the primary storage mechanism and a second could be added. However, the announced price was very competitive with anything on the market at that time. You could also turn you ColecoVision game system into an ADAM computer with the purchase of Expansion Module #3. This consisted of the memory unit (tape drives and RAM), a keyboard and printer. Just add your ColecoVision and the system was complete. There was a lot of favorable coverage and expectations were high. Coleco expected to sell 500,000 units by Christmas after a planned August release.

Reality did not quite live up to the hype. The ADAM was delayed multiple times and instead of an August 1983 release, it was not available until October. Even then, it was only in very limited quantities. To make matters worse, a large number of the initial units proved defective and the return rate was extremely high. Only 95,000 units were sold by the end of 1983 and many of those were returned.

While most of the production problems were resolved in the following months, the high initial defect rate combined with some questionable design decisions and problems led to the ADAM having a poor reputation from which it was never to recover. First, the entire system was powered through the printer so the system could not function without the included printer and if something went wrong with the printer, the whole system was useless. Second, Coleco made the decision to use tape based storage. While their custom “datapacks” were faster than standard cassettes and stored more than most disks of the time, their reliability was not as good and they were still much slower than disks. An optional disk drive would eventually be released. Finally, because of an electromagnetic surge on startup, any media left in or near the drive or printer when the system was powered on could be erased.

The hardware consisted of:

As far as software, the ADAM was compatible with ColecoVision cartridges so it had an instant game library. In addition, the ADAM came with a built-in word processor. It was pretty basic but functional and reasonably easy to use. There was no built-in BASIC but BASIC was available on a “data pack”. There was also a version of CP/M available for the ADAM so that opened it up to a huge library of productivity software. However, the ADAM’s < 40 column display was not ideal for the vast majority of CP/M software. There were a handful of productivity titles and even a few disk tites but the ADAM was only around for about two years before Coleco dropped support. It just never recovered from the early manufacturing problems and design decisions.

Here’s the full commercial the gif at the top comes from: