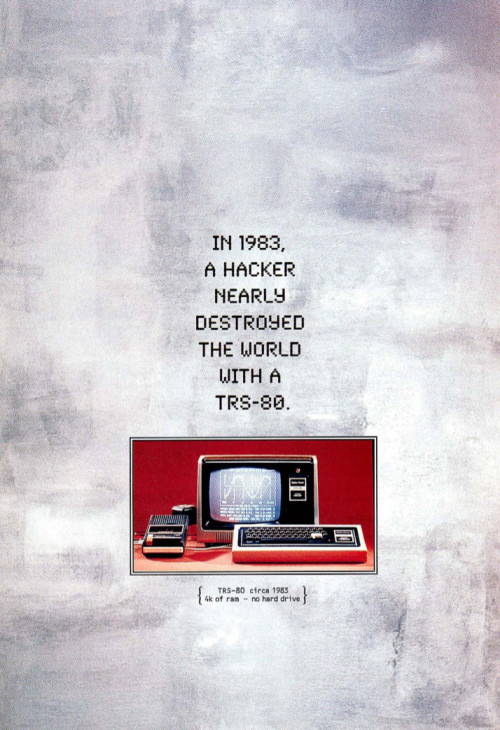 I’m actually not at all familiar with this game but I just wanted to point out the glaring errors in this ad from 1998. It seems that this game is supposed to be a sequel to the 1983 movie WarGames with Matthew Broderick. However, it sounds like they took that concept and essentially turned it into the plot of Terminator (or at least the same backstory about a self aware computer taking over the world). 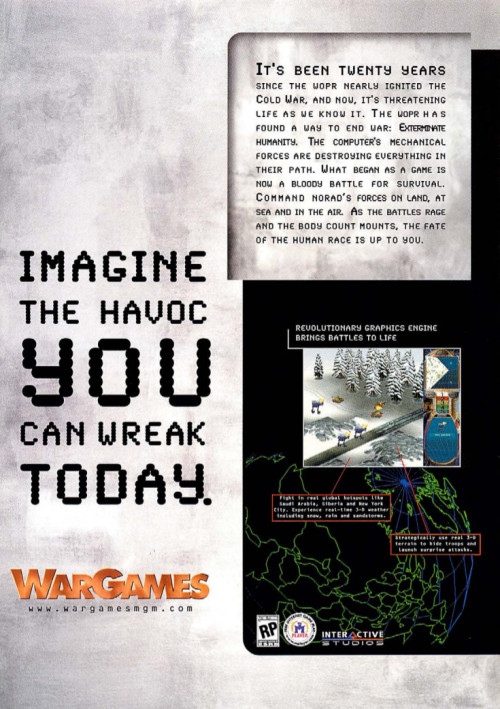 The ad claims that “In 1983, A hacker nearly destroyed the world with a TRS-80”. Of course, anyone who has seen the movie (and that should be everybody) knows that Matthew Broderick didn’t use a TRS-80, he used an IMSAI 8080. The IMSAI 8080 was a CP/M based computer that used an Intel 8080 processor. The 8080 was the predecessor to the Z80 which was the most common CPU used by CP/M systems. 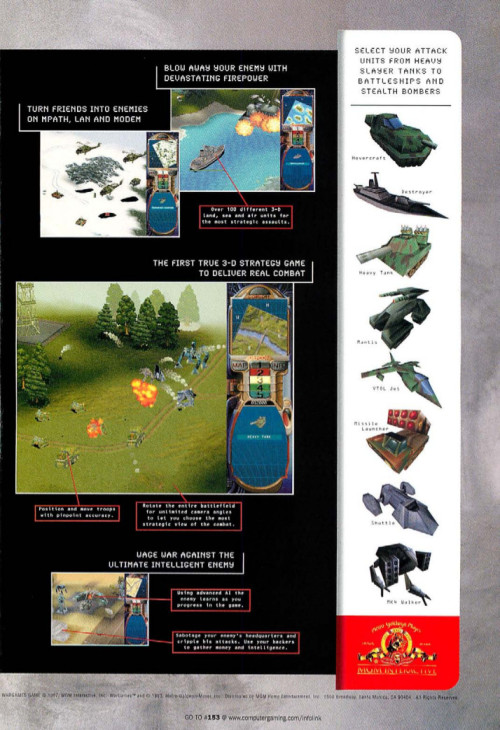 The IMSAI 8080 was released in 1975 and discontinued in 1978. The TRS-80 pictured in this ad was released in 1977, not 1983 as the ad would imply (though that is when the movie came out). The computers look nothing at all alike so I’m not sure where the idea that a TRS-80 was used comes from. It is true that the base TRS-80 only had 4K of RAM and no hard drive though. An IMSAI on the other hand would have probably had at least 16K and as much as 64K. The one used in the movies also had a pari of 8-inch floppy drives to go along with it which would have been more capable than any common storage options with the TRS-80 (most people would have used cassettes at that time). Here’s what the IMSAI looks like: As far ast he game, the PC version is a real-time strategy game. The player can play the role of NORAD or WOPR. WOPR basically plays the same role as Skynet from Terminator. There is also a PlayStation version titled WarGames: Defcon 1 but this is less real-time strategy and more vehicle combat though all the missions are basically the same.

The game you can probably skip but you should definitely see the movie.