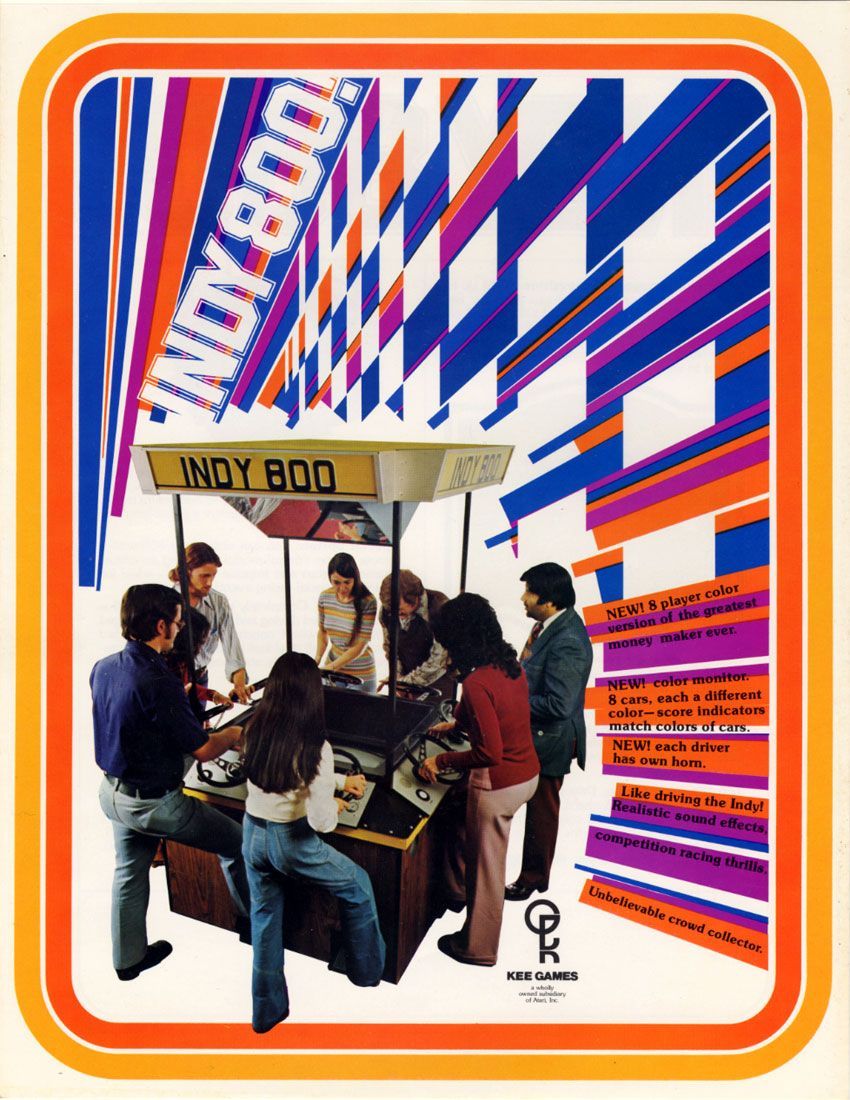 Indy 800 was a very early (1975) arcade racing game by Atari. It brought a number of innovations, including support for eight players and real RGB color! These are pretty rare today and I don’t think I’ve every seen one in person. It is also difficult to emulate because it does not use a CPU.

The machine itself was quite large. It was basically a big square with two steering wheels and two sets of pedals on each side. A smaller version was introduced a year or so later later, titled Indy 4. It was basically the same game except that it was smaller and only supported four players.

As far as home ports, the only one I am aware of is the somewhat simplified Atari 2600 version titled Indy 500 which was one of the original launch titles for the Atari VCS in 1977. However, Indy 800 influenced a number of games to come, including the Sprint series and Super Off Road among others.