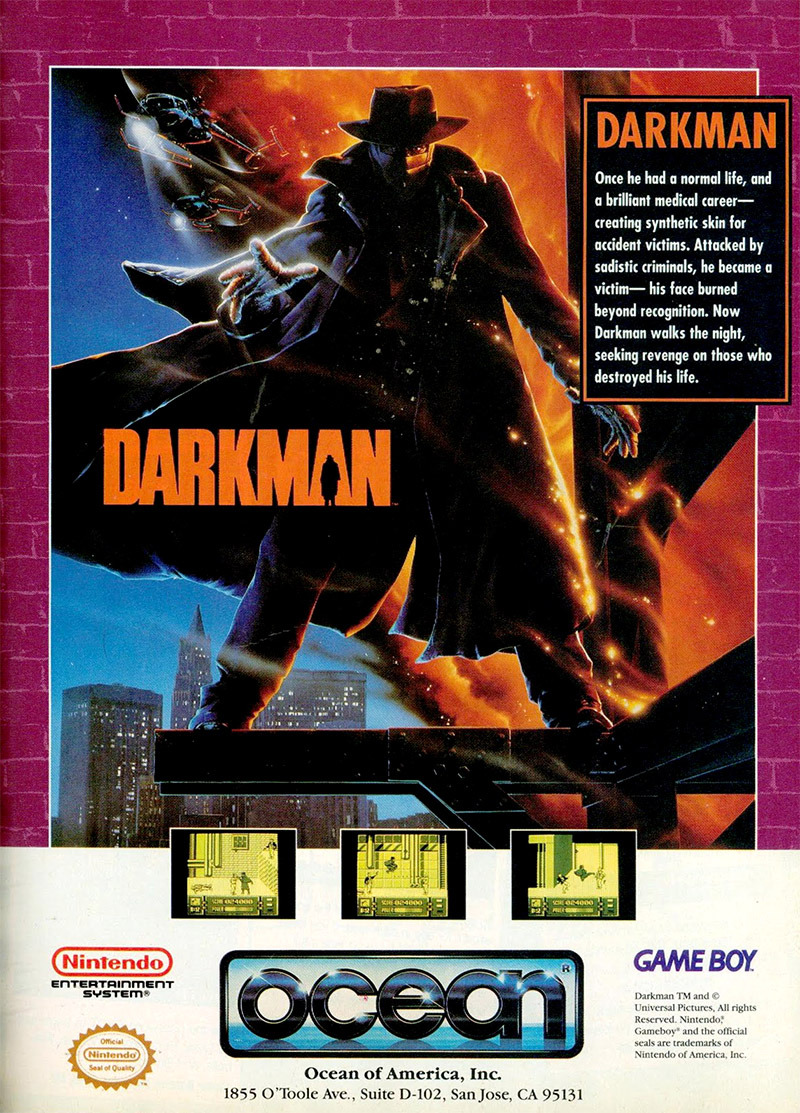 Darkman is based on the Sam Raimi film of the same name and was released for the Nintendo and Game Boy in 1991. It was also released for a number of home computer platforms, including the Commodore 64, Atari ST and Amiga. Given this game is a movie license you probably aren’t expecting much and you would be right not to. Darkman is a pretty average 2D platform game of the type that was extremely common on the NES. It does have one unique aspect in that you have to take a picture of a gangster between each level in order for you to get the appropriate mask to impersonate them. The better you do during the picture taking part, the longer you have to complete the next level. Other than this one unique feature, nothing really stands out about Darkman. If you are a fan of the movie and a fan of 2D platform games then it might be worth checking out. Otherwise, there are far better games of this style available on the NES and Game Boy. This game seemed to fare a bit better on 8-bit computers but even there don’t expect much more than an average platform game. Cool cult movie, interesting concept, rushed execution on the game to make a fast buck as is typical of most movie licenses.