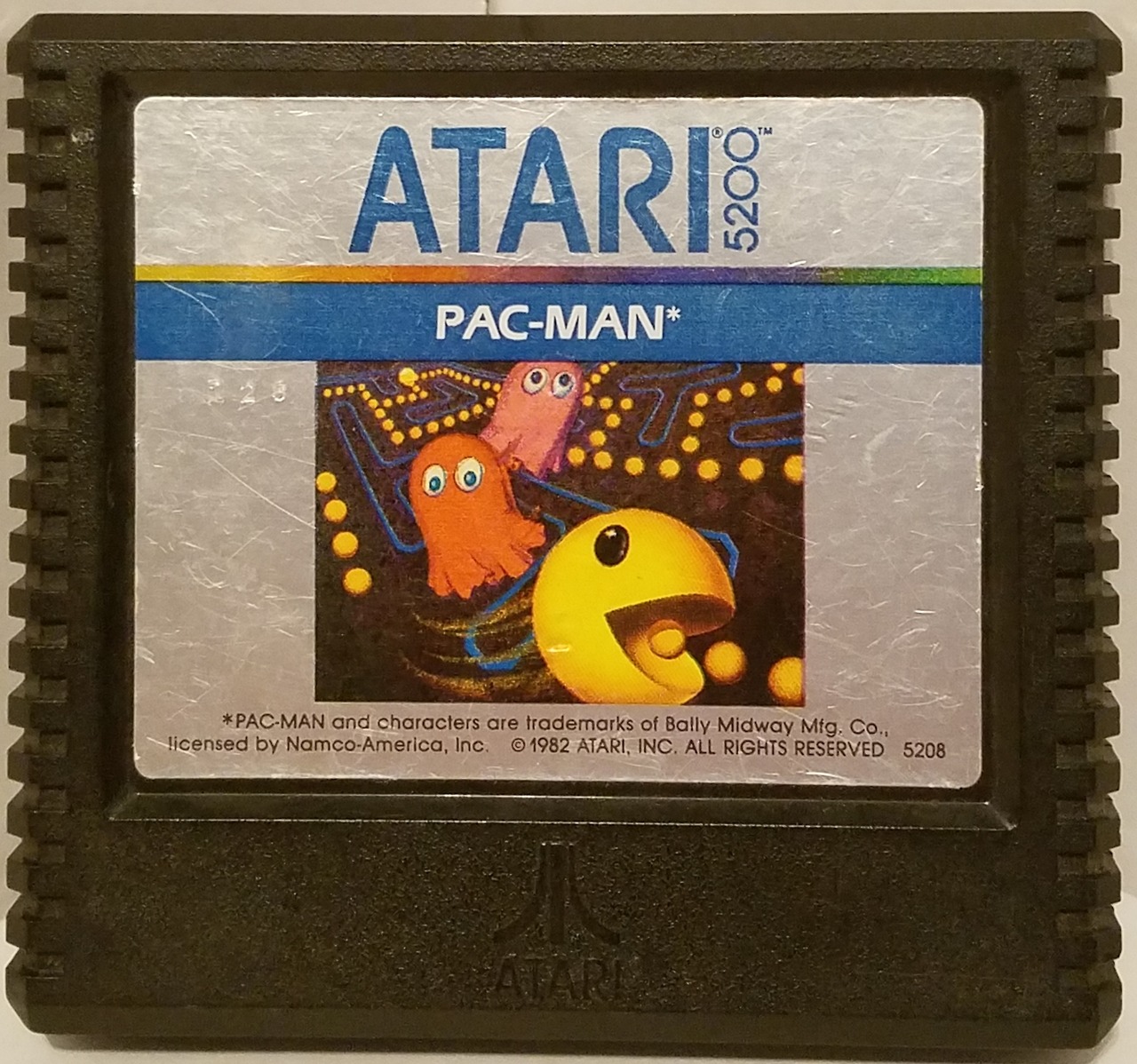 When Pac-Man came out for the Atari 2600, it was somewhat of a disappointment. The gameplay was not terrible but the graphics were. More so than even that limited system justified. However, for those that had an Atari 5200, the situation was somewhat reversed. The graphics (and sound) were far better, the same as the Atari 8-bit computers since the Atari 5200 was essentially the same machine underneath. However, the gameplay was another story.

The Atari 5200 was well known for its horrible controllers which are one of the reasons for the system’s failure commercially. The controllers were analog and did not self center. Analog controllers could be seen as a good thing but not for games that were originally designed with digital controllers in mind like nearly all games were at the time. These controllers make Pac-Man on the Atari 5200 harder and more frustrating to play then it should have been. You actually get a much better gaming experience today using an emulator and a keyboard. Given the choice, you would have been much better off getting this game for the Atari 400/800. It was essentially the same exact game but you could use a standard digital Atari joystick for a much better gaming experience.

The small plain brown cartridges for the Atari computers is not nearly as satisfying to collect as the large black Atari 5200 cartridges with the colorful labels though. :)