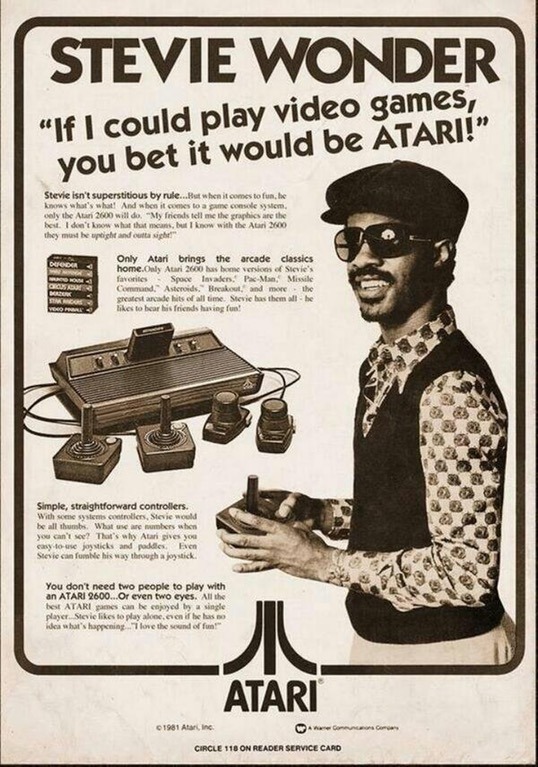 I’m not sure what to say about this ad. I’m not sure that having a blind guy promote your VIDEO game system, no matter how famous and talented, is really an effective thing to do. This ad for the Atari 2600 came out in 1981, near the height of the 2600’s popularity. I know 1981 was a different time, but do you think these quotes from the ad would make you buy one?

“My friends tell me the graphics are the best”

“Even Stevie can fumble his way through a joystick”

And it doesn’t get any better.

This has to be one of the most ridiculous ads ever…