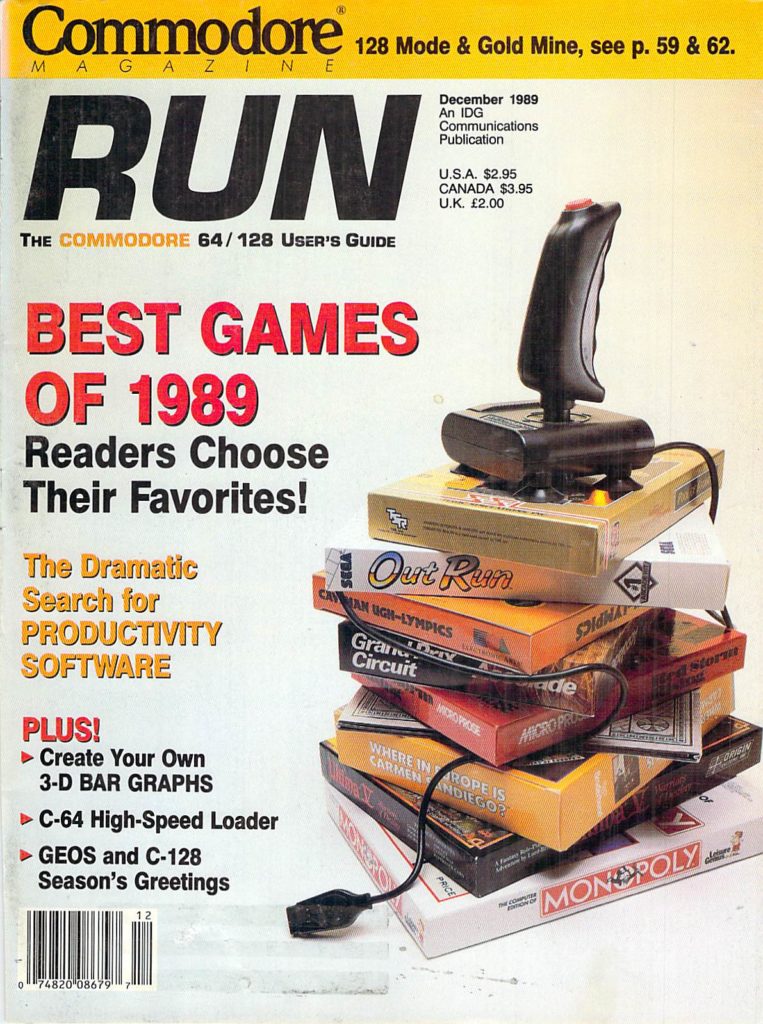 Run magazine was one of my favorite Commodore 64 magazines, the other being Commodore magazine but it also covered the Amiga. By 1989, the Commodore 64 market had been in decline for a couple of years but after 1989 it declined more sharply. Commodore Magazine folded in 1989 and the December 1989 issue of Run was probably the last with 100 or more pages. Lots of games were still released for the Commodore 64 in 1989 but in 1990 the quantity greatly declined though there still were some.

The contents of the December 1989 issue of Run includes: