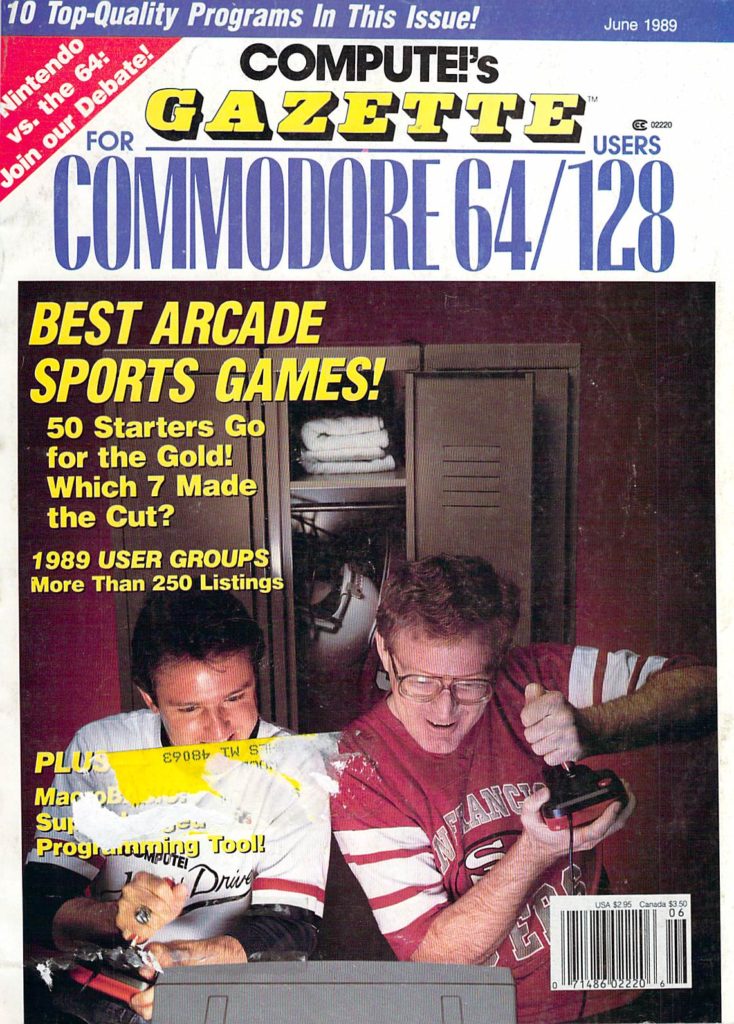 Compute! was a multi-format computer magazine published throughout most of the 1980s and early 1990s. Compute! also had several spin-off publications there were specific to one particular computer. Most of them didn’t last very long but the exception was Compute!’s Gazette. Compute!’s Gazette covered the Commodore 64, Commodore 128 and early on, the VIC-20. It was published from 1983 until 1990 as a stand-alone magazine and then it continued as an insert until 1993 and finally as a disk only publication until 1995.

The June 1989 issue includes the following: