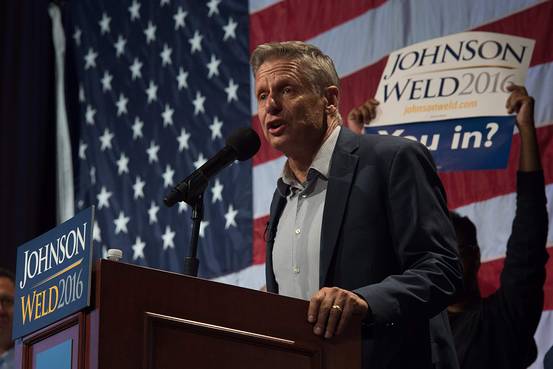 Libertarian presidential candidate Gary Johnson’s campaign said Tuesday that he will be on the ballot in all 50 states plus the District of Columbia, marking the first time in two decades a third-party presidential ticket has appeared on every state ballot.

“With a majority of Americans wanting a choice other than Donald Trump and Hillary Clinton, today we now know for certain that on Election Day, every voter in America will have that alternative option,” Mr. Johnson said.

No third-party presidential ticket has qualified for all 50 state ballots since 1996, when Libertarian Harry Browne and Reform Party candidate Ross Perot were on every state ballot. Mr. Browne nearly achieved universal ballot access again in 2000, but was stymied by an intraparty dispute where the Arizona Libertarian Party put a different candidate on the state’s ballot.

Mr. Johnson’s presence on the ballot nationwide comes as voters have increasingly shown a deep level of dissatisfaction with Donald Trump and Hillary Clinton, the two major-party nominees.