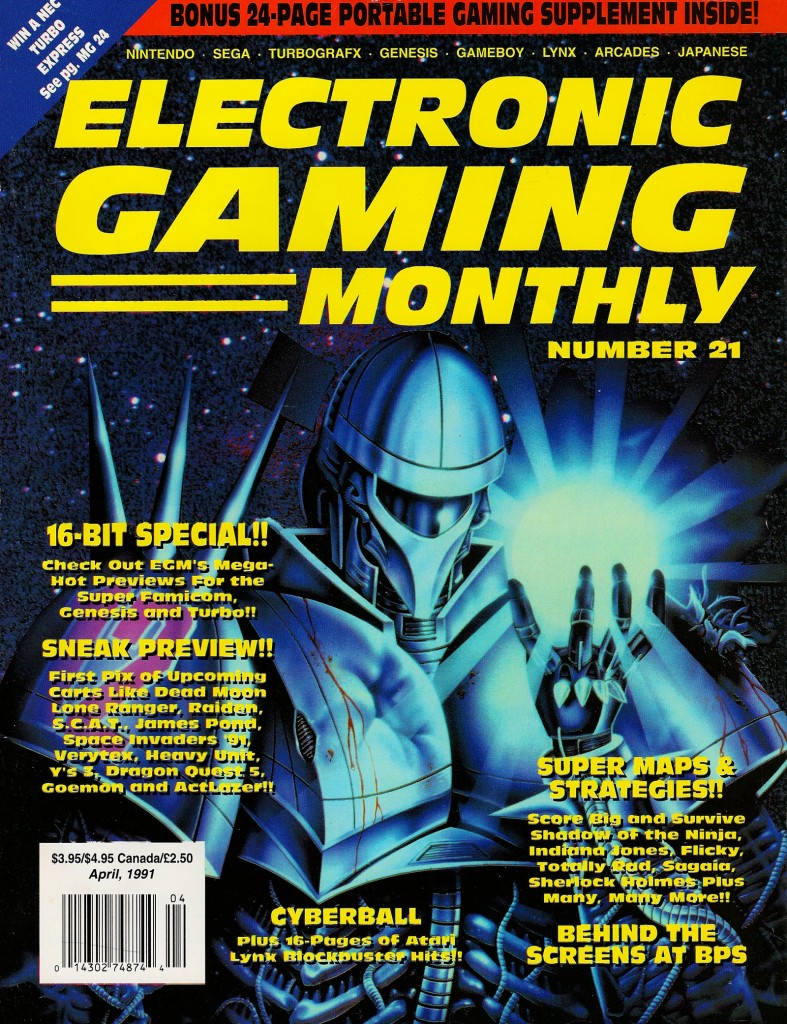 Electronic Gaming Monthly wasn’t my favorite gaming magazine but it was a close second and it was one of the best around throughout the 1990s. Early 1991 was an exciting time. Both the Sega Genesis and TurboGrafx-16 had been released in the last year or so and most of the world was still awaiting the Super Nintendo. The original Nintendo was still king and new things were still being released for the Sega Master System. The Atari Lynx had also been recently released and was the first color portable though neither it nor the upcoming Game Gear could displace the Game Boy.

The April 1991 issue of Electronic Gaming Monthly included the following: