Sorry, Clinton And Sanders, There’s No Such Thing As Free College 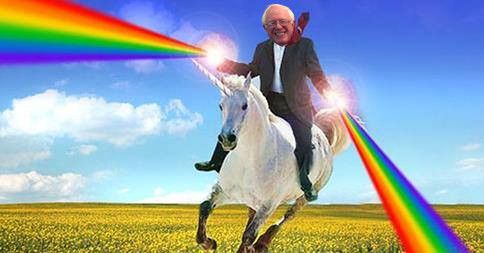 Candidates for the Democratic Party’s nomination for president, Bernie Sanders and Hillary Clinton, have both promised that if elected, they would put forth legislation that would dramatically reduce tuition and student debt for public universities in one form or another. This opportunity is a lie in itself. In order for the federal government to pay for all these students, it would be necessary for more tax money to get funneled to students who hold no real obligation to complete their degrees, and a lot of students who should not have gone to college in the first place would get degrees they don’t know what to ultimately do with.

The first issue to bring up regarding this progressive scheme to attract millennial voters is the financing of this project. Lindsey Burke, a researcher at the Heritage Foundation, pointed out in her Daily Signal article, “Why Free Community College Is Anything But Free”, a fundamental issue with financing tuition free 2-year college alone:

“Once again, the administration is pursuing initiatives to subsidize rising costs, instead of working with Congress on policies that actually would address the driver of college cost increases: the open spigot of federal student aid. Over the past several decades, college costs have risen at more than twice the rate of inflation, thanks in large part to federal subsidies.”

By sending more grants and subsidizing higher education even more, that bad habit only creates the incentive for schools to drive up the costs, the ultimate reason behind soaring tuition rates. Because of this effect, every year students take out thousands of dollars in student loans to cover the cost of an education they can’t afford, in order to get a degree for a job that doesn’t exist or isn’t available, leaving them with debt and unemployment. This betrayal of the American people takes away from ways people can still invest in themselves without being slaves to debts owned by the banks.

The idea behind free community college alone isn’t about greater access to education. In today’s world, information is everywhere thanks to greater access to technologies and the internet, bridging the gaps between social mobility and economic opportunity greater than any point in human history. Looking at great sources like a local library or even the online Khan Academy alone shows just several ways people can access knowledge on their own accord. These resources are free and readily available to the entire public, the only thing that free community college would do is grow faux credentials by inflating the number of degree holders and promote more obtrusive, more burdensome, federal regulation.

The problem behind the average $29,000 student debt in America is obvious, and the reason why Sanders and Clinton don’t want to talk about it is because its extremely easy to win votes by promising to give people something by taking the money, and resources from other people, by use of the government in order to provide it. Burke brings about a common sense solution to address this madness:

“Allow markets in higher education to work by limiting federal subsidies instead of increasing them, and costs will fall for students attending colleges of all types.”

Source: Sorry, Clinton And Sanders, There’s No Such Thing As Free College | FreedomWorks

One Response to Sorry, Clinton And Sanders, There’s No Such Thing As Free College