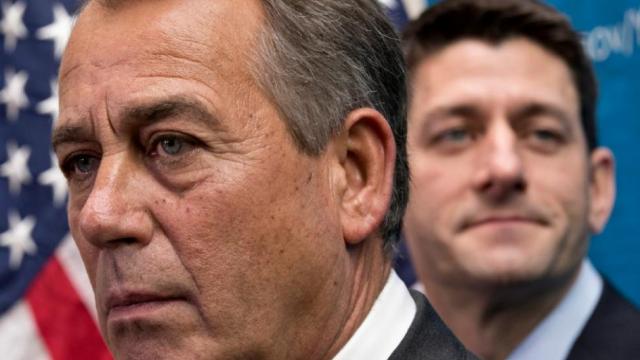 Many think our government is for sale. However, by taking a look at the facts below provided by Open Secrets, it is easy to understand where they are coming from.

Looking back at Friday the 12th, the House voted on Trade Promotion Authority (TPA), the controversial bill that gives power to the executive branch to negotiate treaties. TPA limits Congress’ ability to better a trade deal by subjecting members of Congress to 90 days of reviewing the trade agreement, prohibiting any amendments on the implementing legislation, and giving them an up or down vote.

John Boehner (R-OH) received $5.3 million for a “yea” vote and was the highest paid legislator.

Paul Ryan (R-WI) received $2.4 million for a “yea” vote and came in at the third highest paid legislator.

« Now We Know Why Huge TPP Trade Deal Is Kept Secret From the Public The X-Files Season 1 Episode 5 Review: “The Jersey Devil” »