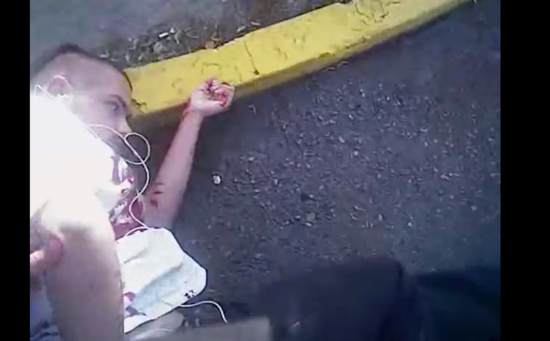 On August 11, 2014, Dillon Taylor walked out of a local Salt Lake City, Utah, convenience store minding his own business. He wasn’t armed. He wasn’t committing a crime. He was listening to music on his headphones, probably in his own world.

Just two days after Officer Darren Wilson shot and killed an unarmed Mike Brown in Ferguson, Taylor would soon face a similar fate at the hands of a local officer. And on October 1, the district attorney in Salt Lake City, Sim Gill, ruled that the killing of 20-year-old Taylor was justified. Even in his determination, though, he stated that “Taylor’s shooting was justified not because he posed an actual threat, but because (Officer) Cruz reasonably perceived a threat.”

Now that the full video has been released, it’s disturbingly clear that nothing about this police shooting was justified.