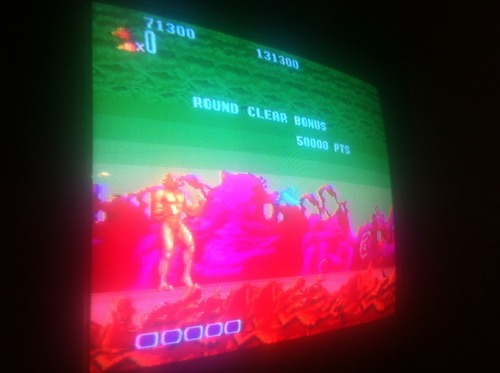 Altered Beast, called Juuouki (獣王記) in Japan, is a Sega System 16 arcade game released in 1988 by Sega. It was developed by the creator of Golden Axe, Makoto Uchida and shares many graphical similarities as a result. The game was notable as it allows the player could take on the form of “Were Animals”.

A year later it was ported to various consoles, including the Sega Mega Drive, which it was bundled with during the console’s early years. There was a watered down port for the Sega Master System also, and several ports to non-Sega systems, including console rivals the Famicom and PC Engine