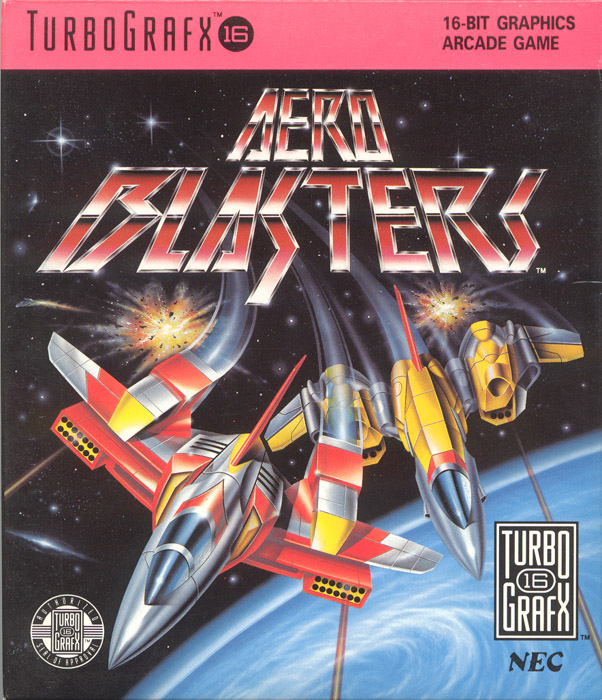 Aero Blasters was not a launch title for the TurboGrafx-16 but it was a relatively early release for that system in 1990. It is a side-scrolling shooter and is a port of the arcade game Air Buster by Kaneko/Namco. The arcade game was never released in North America. While it doesn’t have the name recognition of some other shooters, it is an above average title and shooter fans should definitely give it a try if you have never played it. In addition to the typical array of weapons that can be picked up, you also have the ability to hold the fire button to charge a blast that not only damages enemies but rids the screen of enemy bullets. It is a difficult game and one hit will kill you but it is a solid game nonetheless if you don’t mind the difficulty. In addition to the TurboGrafx-16 port, it also showed up on the Genesis. It was a higher profile title on the TG-16 in part due to the relatively low number of titles on that system plus it arrived on the TG-16 a few months earlier. However, either version of the game is good and the Genesis version is arguably better. However, as far as I know you will have to track down an original copy or use emulation to play this one. I don’t think it has been re-released though it seems a good candidate for a Virtual Console type release.

The above images are from the TurboGrafx-16 version of the game.

« The Inventions, Researches and Writings of Nikola Tesla We Were Detained by Hialeah Police for Making a Public Records Request at City Hall »