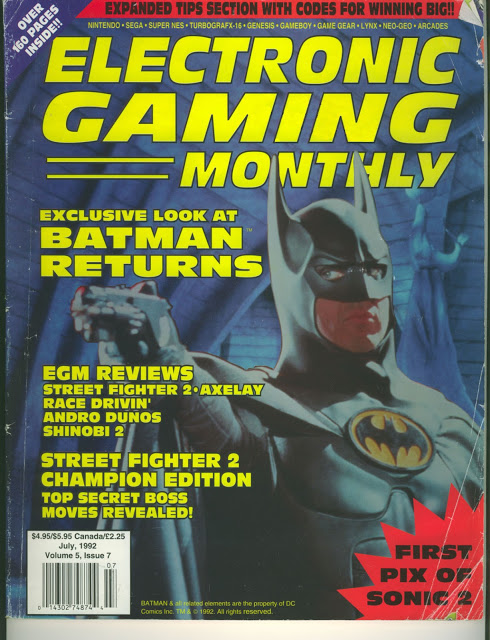 Electronic Gaming Monthly was one of the longest running print magazines in the U.S. This issue from July 1992 was near its height and weighed in at around 160 pages. This issue includes: