Rand Paul and the rise of the libertarian Republican 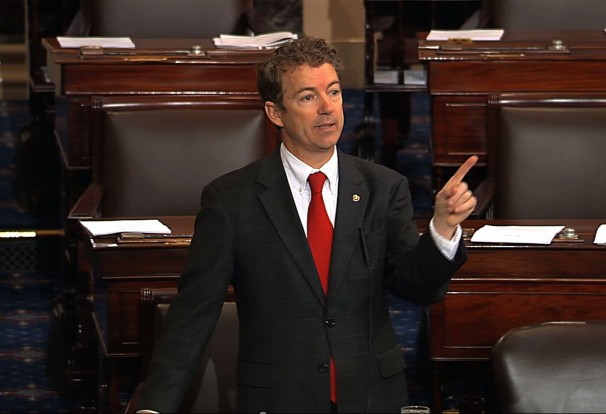 The latest evidence is Paul’s (R-Ky.) plan to launch a class action lawsuit against the government for the National Security Agency’s collection of phone records and monitoring of Internet data. “If we get 10 million Americans saying we don’t want our phone records looked at, then somebody will wake up and say things will change in Washington,” Paul argued during an appearance on “Fox News Sunday.”

Paul’s seizing on the NSA issue comes less than three months after he made national headlines for his filibuster of the nomination of now-CIA Director John Brennan. And both issues have a narrative string connecting them: Paul as the most visible defender of civil liberties not only in the Senate, but in elected office right now.

via Rand Paul and the rise of the libertarian Republican