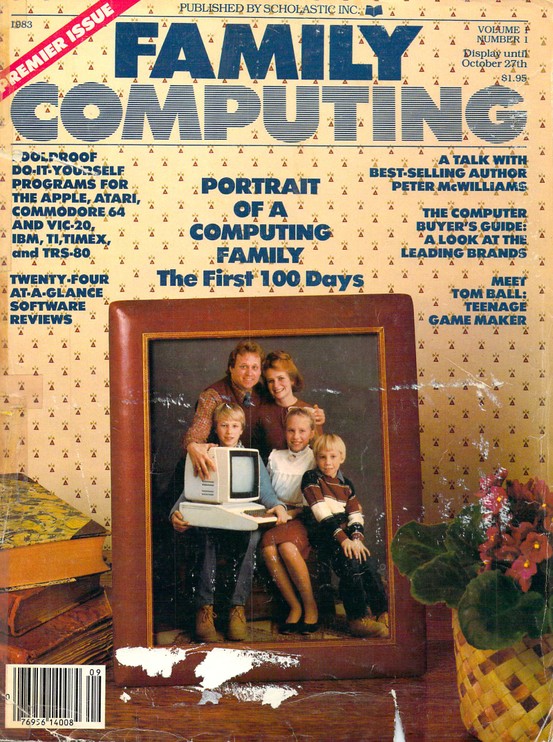 In the early days of Family Computing, it was very much like other multi-format computer magazines of the time. It supported multiple computers with type-in programs, reviews, and various articles. Family Computing was somewhat unique in that it supported, at least to some degree, a large number of computers, including ones that were orphaned or no longer supported by the manufacturer and thus typically weren’t covered in other magazines (e.g. the Coleco Adam). Family Computing survived from 1983 all the way until 2001 so it was a particularly successful example though it changed a lot over the years.

The problem I had with magazines like this was that most people didn’t have multiple computers so it always seemed to me like you were better off buying a magazine dedicated to the machine you owned. Owners of Commodore, Apple or IBM PC computers had many to chose from but I suppose owners of less supported machines had fewer choices. The inaugural issue of Family Computing included coverage of some sort for the Apple II, Commodore 64, PC (DOS), VIC-20, Atari 8-bit, TI-99/4A, TRS-80, Timex, and possibly others. A pretty impressive list.

Contents of the September 1983 issue include: