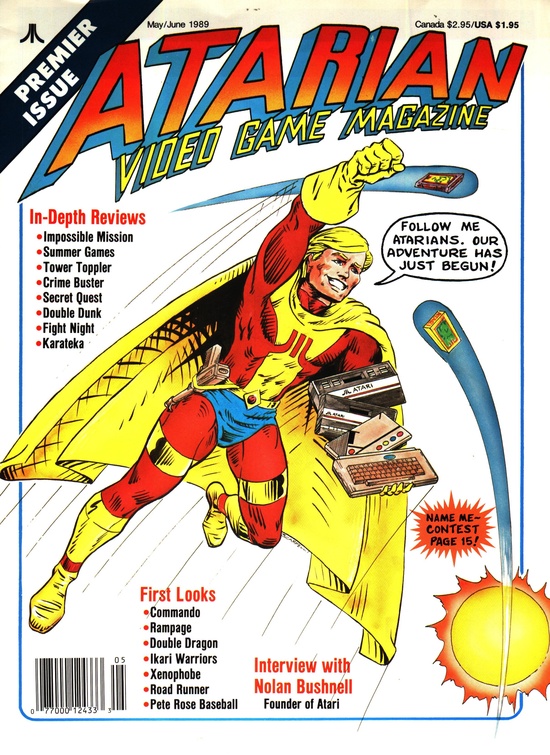 While most companies that have produced video game consoles have tried their hand at an official magazine for that console, no one ever quite had the success of Nintendo with Nintendo Power. At the opposite end of the scale, we have Atarian which was only produced for a few issues. It wasn’t that the magazine was especially horrible, it’s just that at this time, Atari was mostly pushing games that had been published years in the past. The first issue from May/June 1989 includes: