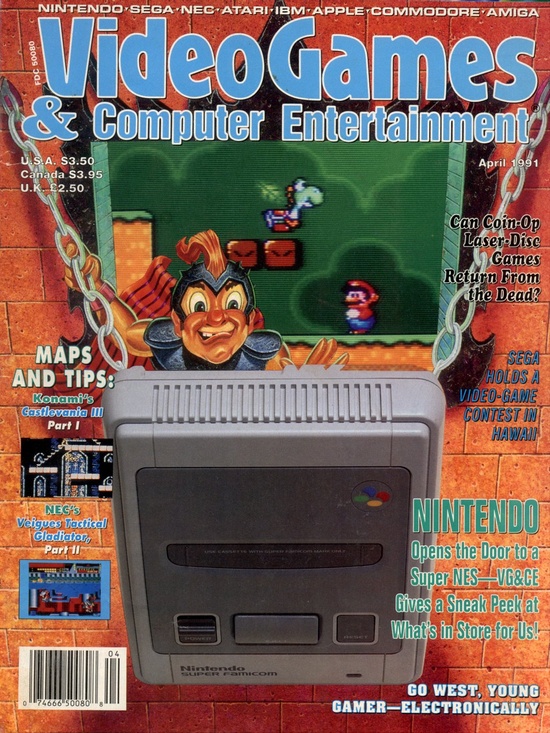 VideoGames & Computer Entertainment was my favorite video games magazine of that era. It was published from 1988 until 1993 before becoming VideoGames and ultimately morphing into Tips & Tricks.

The April 1991 issue includes the following: